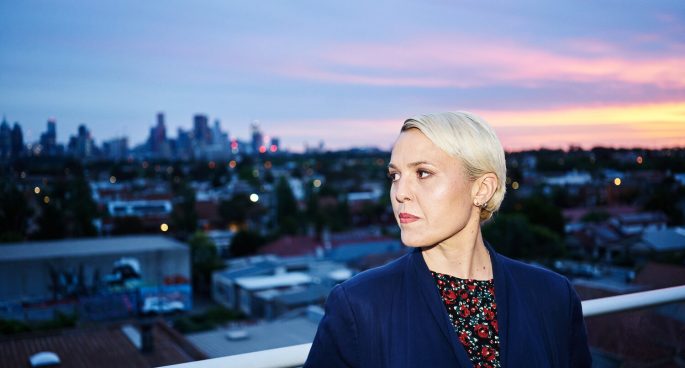 Melbourne singer-songwriter Liz Stringer returns with her sixth album First Time Really Feeling. Recorded in Toronto, Canada not long after she relocated from Australia, lyrics about landscape, travel, and finding a new home run through this album. But rather than sounding anxious about being stuck in transit, this is maybe Stringer’s most confident album of her career: with a Springteen-esque sound full of electric guitars, big drums, and synths, her sound is a far cry from the days of acoustic country and bluegrass of her 2006 debut Soon; and her examination of home and past relationships on ‘Victoria’ and ‘My History’ are among the strongest of her career. An unflinching album from one of Australia’s best songwriters.

Sixteen years since Superwolf, guitarist Matt Sweeney and singer Will Oldham (Bonnie ‘Prince’ Billy) have teamed up again for the sequel Superwolves. The two are a perfect match for each other: Sweeney’s guitar mixes desert rock riffs with folk-rock minimalism to create a space for Oldham’s ambiguous lyrics about sex, faith, and death. The album itself is eerie and unsettling (the Nick Cave pastiche ‘Make Worry For Me’ is either being sung from the perspective of Jack The Ripper or a loving father; while Oldham’s words for God at the end of ‘God Is Waiting’ are the most cutting he’s ever sung) but there’s also a warmth and beauty in this music that makes sure you’re not left in the dark too long.

The last few albums by Teenage Fanclub are the best kept secret in music today. Following 2016’s excellent Home, Endless Arcade shows the group still has an unbeatable knack for crafting measured pop hooks with classic guitar rock riffs, while also hinting at the ways in which the band is still expanding their sound. Take the extended guitar solo at the end of opener ‘Home’, and you’ll hear a three-decade old band still in love with exploring what pop music can be.