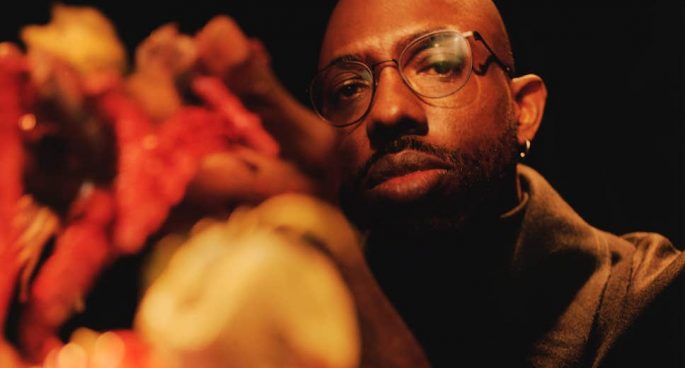 Foreign / National – Diamond Mine
Key Out – Chorus
Khruangbin – Time (You and I)
Larose Jackson – How Did I Get Here?
The Lazy Eyes – Tangerine
Taylah Carroll – I’m Not Sold

“I am alive / I want to die”. From the opening lines, Obaro Ejimiwe throws us into the deep end of his exhilarating, apocalyptic record I Grow Tired But Bare Not Fall Asleep. Post-Brexit London is burning as the city Ejimiwe was born in becomes a much crueler and darker place: “They were screaming, ‘Let’s get out! Out means out!'” he sings on ‘Rats in a Sack’, turning the pro-Brexit slogan into a sort of existential plea. In the midst of the chaos, Ejimiwe struggles with the notion that his home may no longer welcome someone like him: “What becomes of me?” he repeats on the coda for ‘Humana Second Hand’, sounding wearier each time. I Grow Tired… is dark music for dark days, but is by no means a difficult listen. After handing over production duties to Leo Abrahams for 2017’s Dark Times + Canapes, Ejimiwe self-produces this time and has pared back his core band to drums, bass, and his voice – a trio of sounds inspired by the trip-hop artists like Massive Attack and Tricky. The songs are groove-heavy and Ejimiwe has a canny ear for a chorus, creating dance music for the end times. On his last album, Ghostpoet claim he hadn’t yet reached his peak; I Grow Tired… proves the claim true.

His first album of new material since 2016’s Teens of Denial, prolific Virginian singer-songwriter Will Toledo returns with his twelfth Car Seat Headrest record Making a Door Less Open. Whereas previous CSH records followed a simple recipe – mix Stephen Malkmus-wit with Robert Pollard-sonics to create indie-rock magic – Toledo innovates on his sound by, for the first time, significantly incorporating electronics into his work, a la Radiohead with Kid A. Working in ‘collaboration’ with 1 Trait Danger, his satirical EDM side-project with CSH drummer Andrew Katz, electronic drums and samples now drive the work forward, allowing Toldeo to discover new corners of his song-writing. On a song like ‘Hollywood’, his writing is more streamlined and festival-ready than ever, creating the most ‘pop’ song of his career so far; while on ‘Can’t Cool Me Down’, glitched-out synths allow him to create something much more expansive and interior than ever. The result is a record of two-extremes as Toledo simultaneously looks to the mainstream and to the experimental, ultimately resting somewhere in the middle. By no means the strongest record of Toledo’s young career, but perhaps the most fascinating in what it suggests about where the song-writer is heading.