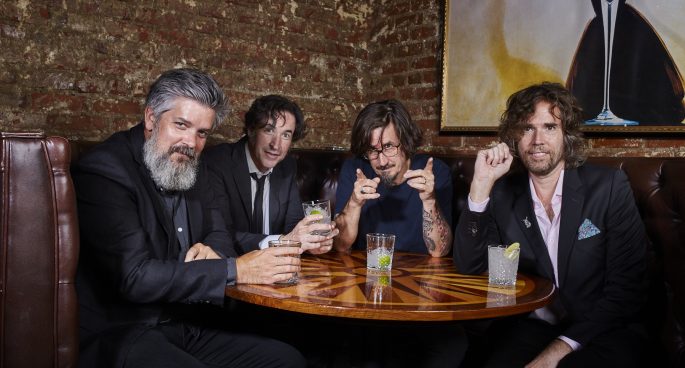 The phrase ‘quarantine album’ feels quaint and redundant – is there an album untouched by the pandemic at this point? But for Dark in Here, the latest from North Carolina indie rock group the Mountain Goats, the label still feels apt. The album was recorded in the final days of pre-lockdown 2020, and you can sense the dread rushing in these songs: prophets lose the voice of God, evil scientists create monsters, and cowboys wait for their inevitable death. Frontman John Darnielle hasn’t addressed this type of melancholia so directly since 2006’s Get Lonely, but where that album drowned in its own depression, Dark in Here is still an optimistic record, evinced by his backing band who are proving to be the tightest in American indie rock at the moment. A stunning record from a group who show no signs of slowing down.

If Lucy Dacus was a historian on her last record, she’s a memoirist for her latest. On Home Video, Memory, stories, and family records blur together  as Dacus looks back on her childhood as a queer teen in a Christian and conservative Virginia in the 2000s. Musically, Dacus has been taking cues from Hayley Williams and Taylor Swift, as this album features some of the best pop rock melodies she’s ever crafted. But also check out the stunning album-centrepiece ‘Thumbs’, which recounts Dacus’ run-in with a partner’s toxic father set to a funeral dirge and shows off how powerful Dacus’ songwriting can be in quieter moments.

Brighton six-piece The Go! Team are maybe the most ecstatic band in pop music. On their latest album Get Up Sequences Part One, the band take inspiration from wherever their curiosity takes them – indie rock, hip-hop,’70s R&B, and even shoegaze – and turn it into a pop sound that’s relentlessly joyous and energetic. It’s a type of music that has more in common with the eclecticism in pop music coming out of Japan and South Korea (e.g. Chai, Girls’ Generation), or even a DJ mix or block party, than with the British and American indie pop albums. But for all it borrows from others, its a sound that is uniquely its own.