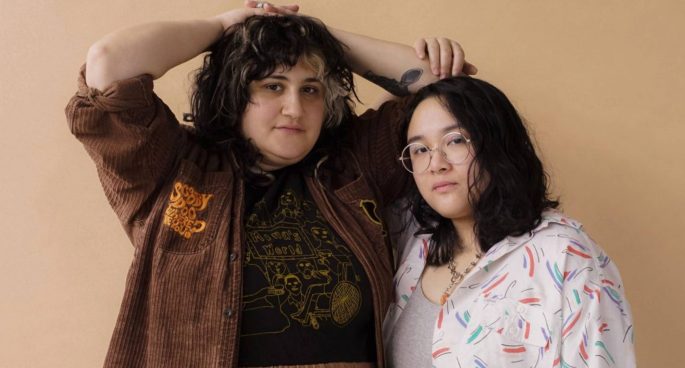 Bachelor, the new project from Melina Duterte (Jay Som) and Ellen Kempner (Palehound), seems such a perfect pairing that it’s almost surprising it didn’t happen earlier. The two met on tour in 2017 and instantly connected, calling Bachelor more a friendship than a band. But their debut album together, Doomin’ Sun, makes it clear that calling Bachelor just a friendship undersells their work. Teaming with Buck Meek and James Krivchenia of Big Thief as their backing band, Duterte and Kempner channel the slacker spirit of ’90s grunge-pop acts like Breeders and Pavement for an album about hanging out with friends amidst the climate apocalypse.

Tokyo-born, London-based electronica producer Masaaki Yoshida (Anchorsong) based his two previous albums around ideas of travel and geography, taking a city and culture as his sonic inspiration. Covid inevitably has forced Yoshida to change tact. Mirage, his fourth album, sees the producer imagine traveling the world while stuck in lockdown, sampling music and instruments from places as diverse as Brazil, Mongolia, and Nigeria. There’s both a deep joy and sadness in the work as we travel with Yoshida and imagine the parts of the world from which we’re temporarily disconnected.