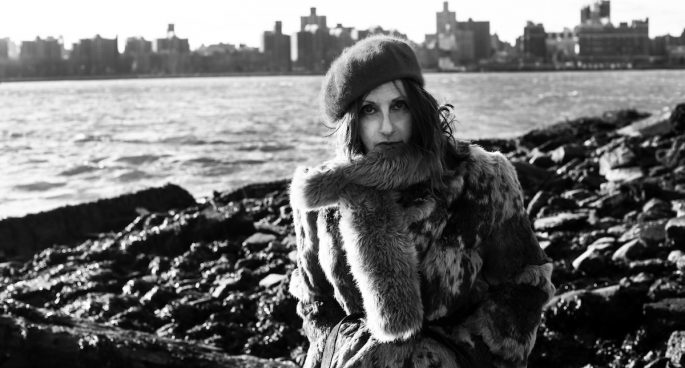 Playing loud this week on 2SER is the bold third album from local duo Kirsty Tickle and Jonathan Boulet aka Party Dozen. The Real Work, features industrial psych-rock, and while not for the faint of heart, this is  a wildly adventurous and energy charged listen, with heady, demented dance tunes throughout.

The kaleidoscopic pop sounds of Alice Cohen’s latest, Moonrising will be lighting up the daily playlist, with the veteran New York singer songwriter bringing a cross-pollination of disco, jazz and electronic flourishes.

The fifteenth studio album from highly active Portland singer/songwriter Laura Veirs, Found a light is also playing from today. Lead single winter windows has been a favourite on 2ser, and the full album is a slow-builder, wrapped in warm and ethereal indie-folk, which confronts pain, loss and recovery.

Sydney’s very own Rick Bull aka Deepchild returns with his first album in close to decade, Fathersong. An artist who has always been conscious of exploring new territory, his latest eschews much of the driven club sound for a sparser, evocative and futuristic outing, which drifts across a wandering tide of pulsing synthesisers, ambient cinematics and washes of abstracted electronics. Released on the renowned Force Inc label, this is a brilliant release from one of Australia’s electronic mainstays, and playing across the 107.3 frequencies.

Similarly, the debut album from Melbourne’s Sig Nu Gris, Threshold, is a fantastic electronic album informed by UK garage, techno and IDM sounds. Featuring dreamlike and playful soundscapes, punctuated with intricate and energetic drum programming throughout. Another Australian album on the electronic tip worth mentioning is the fourth solo album from Rephrase, Homebody. Independently released, and wonderfully produced, it’s a deep dive into lower tempo trip hop and balearic disco with a warm and sunny tilt and radiant melodic tones and peppered with live collaborations.

I won’t keep you much longer, except to say it’s been a bumper week for excellent local singles, and we’re playing lots of them on 2SER from today. From the deeper soul sound of Melbourne’s Bumpy on Leave it all behind, to the jazz-funk sounds of Brisbane’s David Versace, as well as the latest from Flowertruck, Eggy, Terra Pines and Valery Trails, there is a lot of exciting music coming out from these shores, and you can hear them and much more across the 2SER airwaves. Stay dry!