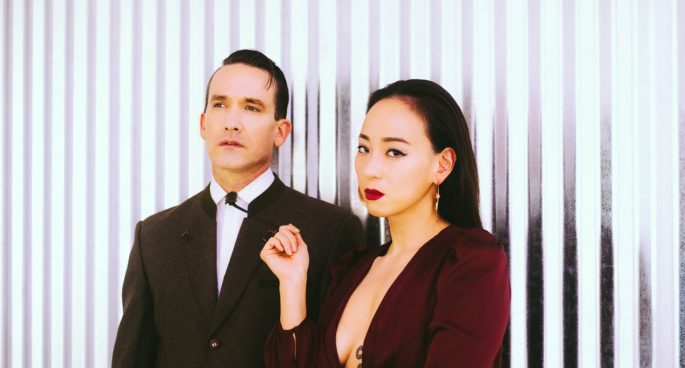 For the first time in their career, the provocative avant-garde duo Xiu Xiu have made something (almost) approaching a pop-rock album. On Oh No, the band’s twelfth album, frontman Jamie Stewart’s songwriting is the most optimistic it’s ever been – a shock to fans who were accustomed to his permanent cynicism. The songs are also the most melodic they’ve ever been too: dueting with singers from across the alt-rock scene, including Sharon Van Etten, Owen Pallett, and Grouper’s Liz Harris, Stewart’s harmonies over bandmate Angela Seo’s dense arrangements of electronics and sound effects are some of the most beautiful you’ll hear this year.

Before the Californian sisters Vicki and Ronni Gossett moved to Nashville in the 1980s to write country songs for a publishing house, they made music for themselves under the name Female Species. The group never found recognition in their time, but now the label Numero Group has compiled the duo’s recordings into their ‘debut album’ Tale of My Lost Love. The record acts as both a rediscovery of a forgotten group as well as a tracing of the changing landscape of 20th century American popular music: as you listen to the album, the sisters’ early 1960s sunshine pop eventually gives way to polished country songs about lost love in dive bars that the Gossetts wrote in the 1980s. A revelatory archive of forgotten American music.

Sydney indie rock group Palms have returned with their first release in six years, Intensity Sunshine. Over five tracks, the EP shows how the quartet’s gift for crafting sing-along pop melodies and vocal harmonies over crunchy guitar riffs – a mix of ’60s-era girl-group pop with garage rock that recalls Wavves’ 2012 album King of the Beach. A welcome return from a sorely missed band in Sydney music.