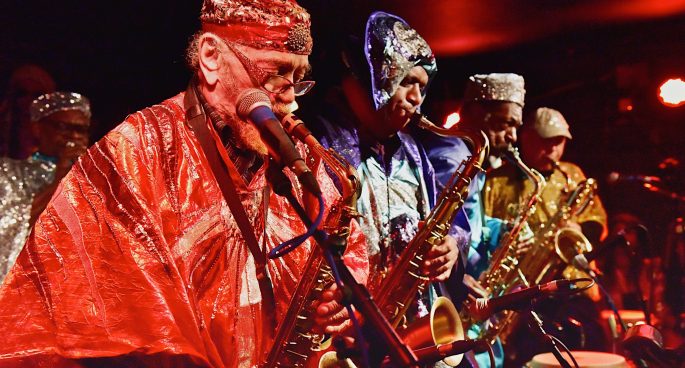 Pioneering space-jazz pianist and Saturnian alien Sun Ra passed away in 1993, leaving behind him a body of work near unrivaled in American music. Since then, his backing band – Sun Ra Arkestra – have continued his legacy, touring across the United States and Europe. But now, for the first time without their frontman, the group has entered the studio to record an album. Led by saxophonist Marshall Allen, Swirling reinterprets standards and Sun Ra compositions in breathtaking new arrangements that sound like they come from another planet.

Thirty-odd years in, and Christchurch indie-rock group The Bats sound as energised as ever. On their tenth album Foothills, Robert Scott and co look back on their musical careers and personal lives. The result is wistful but never melancholy: the Bats still have a unique and innate gift for crafting clear pop melodies over simple guitar lines that’ll lift your spirits, even as their lyrics convey a hidden sadness. Almost forty years in, and it feels like the Bats could go another forty more.