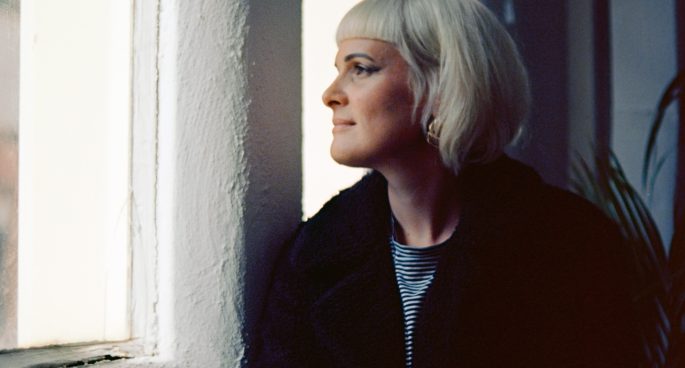 It’s been another big week for local and Australian music, and we’re playing alot of great releases from our shores this week on 2SER.

First up, the sophomore album from local dream-pop outfit Library Siesta has dropped and is the feature album this week on the station. It’s a brazenly honest one, where sweet and open compositions contrast with lyrical content frequently dealing with abuse, heartbreak and mental illness. It’s essential listening and on high rotation all this week and beyond, and a real landmark release for a group that have been winning acclaim across community radio and live gigs in recent years.

A quick flight down to Naarm next, with the big, loud and bold sounds of CLAMM come together on their second LP. It’s a raging and tense punk opus, spread across 15 tracks, with urgent and dystopian energy and layers of reverb-drenched guitar are the are the engine for an album that is focused on navigating systems of power and oppression in Australia, and a challenge to the underlying assumptions of consumer culture.

Further south to Nipaluna/Hobart and the debut from Kudu Joy delivers an excellently produced EP that traverses neo-soul and broken-beat dance tracks, with crunchy drum programming, boogie basslines and live keys and guitar. Fronted by Sabine bester on vocals and trumpet, it’s a fine addition to recent soul releases from around Australia and playing regularly across 2SER’s magazine shows and music programs as well.

Another highly anticipated one is the latest from Walyalup/Fremantle electronic artist Em Burrows solo project Web Rumors. This is a short but excellent dive into piano driven house music on the lo-fi tip, with strong nods to 90s New York underground club sounds and a general uplifting vibe.

Requiring no real introduction, Hot Chip‘s latest (their 8th album) is called Freakout/Release and is another refined release from the veteran UK group. A typically excellent dance-pop record with catchy hooks, bubbling energy and the trademark vocal balladry of Alexis Taylor. Carrying their usual charming and playful style, it nevertheless explores darker themes, including racial tension and male aggression towards women. Written and recorded at their own “Relax & Enjoy” studio in East London, with strong collaborations with the likes of Lou Hayter and others, it’s another great addition to their storied discography.

We’re off to Nashville next to pay a visit with Sean Thompson’s Weird Ears. Simply called Weird Ears, his second (his debut being on a now hard to get cassette), where oddball and humorful Americana sounds draw a tight line between tongue-in-cheek stoner vibes and what is quality songwriting throughout. Weird but cool album from an intriguing artist.

Time to mingle with the singles (sorry) – on the local front is the welcome return of Skunkhour, releasing their first song since 2001, Blue, which is a great disco-pop groover tune from the veteran Australian group.

The spacious and effected folk experimentations of e4444e continue with his latest, Zero. More rhythm driven than usual, it’s a typically excellent one, and a taste his upcoming album, due next month. We’ve also got the first hit from local rockers The Blamers, with a short, sharp and grainy punk tune called Hook, Line and Sinker.

The newest drop from Daptone comes via Miami’s Scone Cash Player. Brooklyn to Brooklin is not a typo and also a fine jazz-funk jam and playing loud across the daytime on 2SER from today. In a similar vein is Eddie Chacon’s latest single Holy Hell is a killer low-grooving tune just released on the Stones Throw label. Incidentally produced by John Carroll Kirby.

As well, there’s some excellent ones from Berlin’s Lobsterbomb, Renegades of Jazz and excquisite garage-pop from locals Royel Otis. Plenty more as well on your 107.3FM dial, but it’s time to say bye til next time.