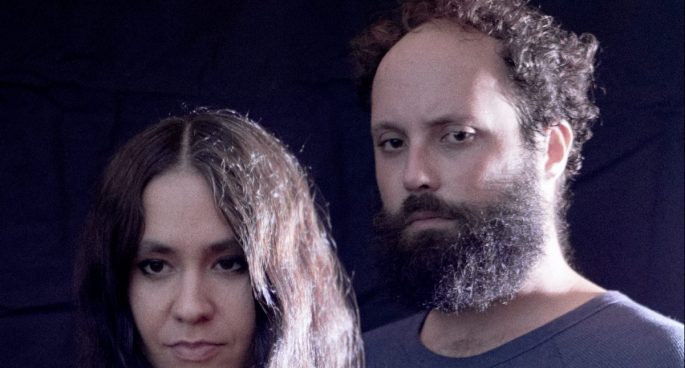 Plenty of fantastic new music to get your ears around this week on 2SER.

Our feature album is the sophomore from DC/LA – based Flasher. Entitled Love is yours, it is a superb evolution of their sound, featuring a strong harmonic sensibility, as well as memorable songwriting centred around thems of love, loss and freedom. Formerly a trio, their second album eschews the post-punk sensibilities of their 2018 debut Constant Image , adopting an airier and cinematic indie-rock edge.

Another second album, this time from Tel Aviv’s Liquid Saloon, is bringing some killer groove-based sounds to the 107.fm airwaves. It is an explorative instrumental album encompassing both traditional and electronic jazz elements, with heavy flavours of afrobeat, hip hop, highlife and dub, with an emphasis on organic rhythms and horn accompaniments. In a different vein, the dark avante-garde pop of Perfume Genius resplendent with powerful orchestral overtones and haunting vocals. Exploring and suberting concepts of masculinity and traditional roles,  Ugly Season carries an air of unsettling tension  throughout, and  this strange and cinematic album is really one to dive into.

A surprise favourite here is the latest various artists compilation from Shika Shika records,  A Guide to the Birdsong of Western Africa. While not exclusively field recordings, fans of bird sample records will be somewhat less disappointed to find out that this is part of a conservation project. Each artist was challenged to make an original track using and inspired by the song of an endangered bird from their country. Musically, traditional and contemporary African styles clash in a fusion featuring native bird samples from countries such as Nigeria and Sierra Leone, electronic and live performance, and this is an on point collection of musical styles, all for a good cause.

Fans of Aldous Harding, Joni Mitchell and Surfjan Stevens are in for a treat with Dark Green,  the debut collaborative album from Lucy Roleff and Lehmann B Smith going into rotation today. Written at Skenes Creek, Victoria it is a luscious and hypnotic folk collaboration which explores classical influences, liquid guitarwork, and evocative storytelling their distinctive vocal styles. Standout tracks such as Linen in the Sun and In the doorway can be heard regularly on the Daily and throughout the day on the station.

As well as albums, there are some excellent new Australian singles on the airwaves, including the latest from Arnhem Land’s King Stingray Let’s Go, and continues their rich vein of form for releasing immediately uplifting and catchy rock. On Fill in the Blanks, Melbourne’s Eggy give a further taste of their upcoming LP (out in July). Keeping it more local, Sydney’s dream-pop sensations Library Siesta have a new one, Insignificant Other, proving why they are an exciting new act to lend your ears to.

On top of this, we have the new one from Brisbane’s Americana luminaries Halfway, entitled 1994, it is both a  reminder of the last year the raiders won the premiership, and a taste of their upcoming album On the ghostline.   Oddball yet conscious hip hop , courtesy of The Koreatown Oddity, as well as Rachael Dadd‘s make up some more of the excellent music entering the playlist from this week.

There’s more too, but you’ll have to dial up 107.3FM (or use the app, dab or better yet, stream above) to find out more.