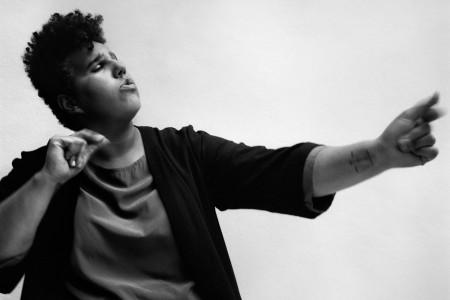 Alabama Shakes front-woman Brittany Howard has released her debut solo album ‘Jaime’, the title dedicated to her late sister, who taught her how to play guitar and write poetry, however, the album is solely about herself. The album overflows with soul, modern RnB and even synth pop, with her emotive and unwavering vocals driving each song to the next. Howard found it daunting to step outside her comfort zone as she describes herself as a ‘private person’, but cites her favourite work as “when people are being honest and doing themselves”.

The American psych explorers Moon Duo are back with their 7th album ‘Stars Are The Light’. Made up of Ripley Johnson and Sanae Yamada, the duo have taken expansive psychedelica and rock to a new level, with pulsating melodies, intense instrumental segways and subtle vocal lines that weave amongst authentic beats. Elements of dance and electronica feature throughout, maintaining an upbeat and catchy tempo throughout whilst also building on instrumental layers and out-of-this-world themes.

Brisbane rockers Thigh Master have released their second album ‘Now For Example’ and it’s catchy toe-tapping rhythms are irresistible as ever. With jangly guitars, head-banging drum patterns and hap-hazard lyrics, this album reveals an ode to rock and roll with a Thigh Master twist. The instrumentation is cohesive and thoughtful, with infectious chord strums weaved in with the raspy and pandemonious vocals.