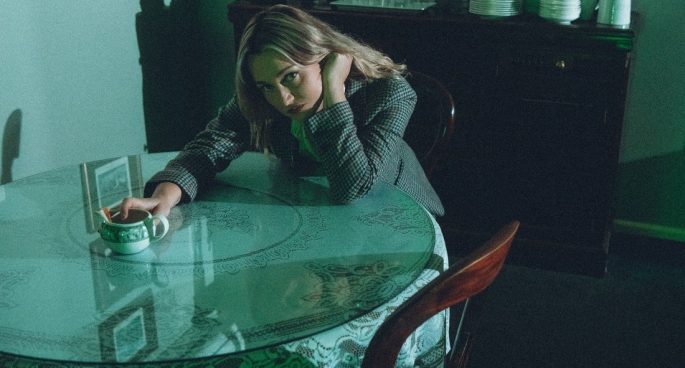 Every week is a great week for new music on 2SER.

A reimagining of their debut 2019 album, Badge Époque Ensemble has released Clouds of Joy: Chance of Reign this week. Filled to the brim with free-flowing sample-rich hip-hop and solid muffled basslines which combine to create a headbobbing tapestry of rhythmic patterns and almost hypnotic beats which create the perfect soundtrack to walk through the city or ride the bus on a Saturday night.

Elizabeth M Drummond has released a new EP straight out of Naarm this week. Congratulations is the perfect album to leave your worries behind and float into an ethereal soundscape of tight melodic progressions and poignant lyrics. The 6-track EP takes you on a succinct journey that explores the intricate and ever-changing emotions of love. You will be hearing more of Elizabeth M Drummond. Congratulations is a must-listen for fans of Pheobe Bridgers, Big Thief, Wet Leg, and Joni Mitchell.

Across the ocean in Los Angeles, we also have new music from Garrett Saracho and various other legendary jazz musicians. Jazz is Dead 15 is the latest collaborative LP release in the JID series. Saracho was a recording artist signed to highly acclaimed Impulse Records back in the 70s but due to an unfortunate mix of “label mismanagement” and “geopolitical intervention” his 1973 solo record ‘En Medio’ went largely unnoticed. But now he is back and once again showcasing his musical genius in the expertly performed fusion of Latin Soul, Funk, and Psychedelic Jazz, which is so present in Jazz is Dead 15. From the raw studio recording to the casual chatter of bandmates the sheer musical calibre of this album acts as an oxymoron to its title.

Working Title is the debut full-length LP from the up-and-coming Dunedin quartet Soaked Oats. Working Title offers a diverse range of musical stylings from charged uptempo indie rocking anthems to jazzy and tripped-out psych-jams to slower and softer songs that will have you gazing out the window of a car on a rainy road trip. For a band that is usually known for its cheery up-tempo sound and endearing live performances, Working Titledisplays an introspective side to Soaked Oats.

These New South Wales have released their eagerly anticipated third album TNSW this week and right off the bat it explodes with unapologetically kick-ass punk that is enough to get any good crowd rioting in a writhing pile of glistening sweat and booze. TNSW oozes sharp, energetic and rousing pop-punk with an anthemic feel throughout and uptempo soaring guitar-led tracks coming thick and fast – any fan of The Chats or Skeggs will absolutely eat TNSWup.

Canadian singer/songwriter has released Andy Shauf released Wasted on You this week, a single from his upcoming 2023 album. Filled with the gentle and sunny feel that defines Andy Shauf’s music, Wasted on You is a misleadingly simple melodious folk single that is definitely worth 3 minutes and 35 seconds of your time.

Also released this week is Don’t Smoke from hard rocking Arnhem Land group Wildfire Manwurrk. With some fast shredding guitar, a catchy chant-able chorus, and even a didgeridoo, Don’t Smoke has a distinctly outback Aussie rock feel that will have you head banging in no time. Look out for their EP coming out sometime in November!

Local Sydney artist Buzz Kull has also released a new single from of his upcoming album (of the same name) this week. Fascination is an entrancing darkwave single that has a slight 80s flavour to it which makes it perfect for late-night dancing at the club.

Stay tuned to 2SER 107.3fm and consider becoming a subscriber so we can continue to make this type of content and support local artists!