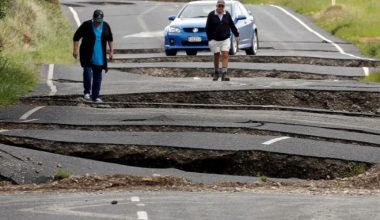 Plenty of news reports claimed during the week that the supermoon was somehow linked to the deadly earthquake which struck New Zealand. Some reports claimed it caused or increased the severity of the quake. Nic spoke with New Zealand based seismologist Dr John Ristau who cleared things up for us and gave the facts.