Why is New Zealand an earthquake hotspot? 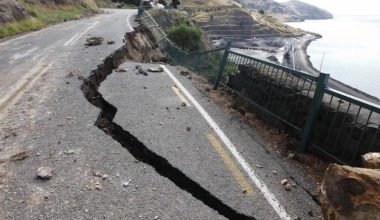 At midnight (local time), a 7.8 magnitude earthquake hit the north coast of New Zealand’s South Island, which was then followed by aftershock waves and a tsunami two hours after. Both natural disasters caused widespread damage to buildings more than 200 kilometres away in Wellington. New Zealand is used to experiencing earthquakes, but why is the country such a hotspot for natural disasters like this? We were joined by Dan Jaksa, senior seismologist from Geoscience Australia to find out more.

Why is New Zealand an earthquake hotspot?