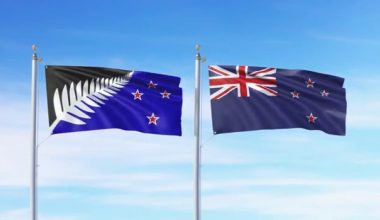 Over the last couple of years, debate has taken place across the ditch in NZ about replacing their existing flag with a new, less traditional national Flag.

After the call went out to Kiwi’s to submit their ideas for the new flag, over 10,000 designs were put forward- that was then cut down to 40 and from there cut to just 5 options which is what was taken to the first referendum. After that first vote, the 2 standout alternatives were pitted against each other before one ultimately went up against the existing flag in the second and final referendum.

The most popular of the new-New Zealand flags was called “the Silver Fern flag” and it’s designer, Kyle Lockwood, joined Mick on the line.