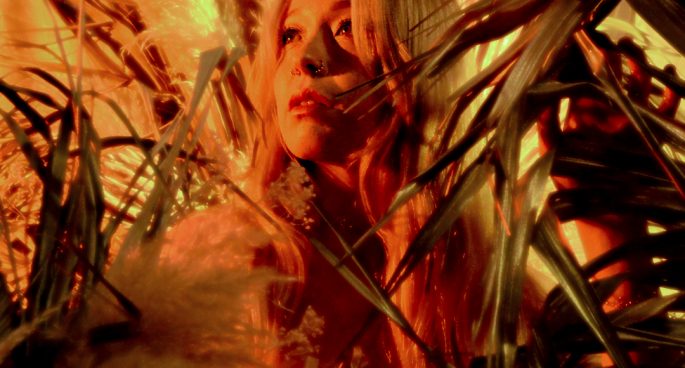 2SER’s Feature Album this week is the highly anticipated debut self titled album from the indie disco Isle of Wight group Wet Leg. The duo made up of college best friends Rhian Teasdale and Hester Chambers only kick started their  journey during a long hazy summer of festival hopping as a means to “get free entry into festivals”, only releasing their debut single Chaise Longue, in June 2021. Since then,  it’s been a whirlwind ride of quickly garnered recognition and fandom which can much be attributed to the liberating stream of consciousness lyrical style that is at the forefront of their sound. Across the album the dark, humorous and no holds barred lyrics are only amplified by synth spiked melodies, scuzzy guitars and pulsing drum beats that make you want to grab your best friend and shake off that unwarranted text from your pretentious, toxic ex telling you they dreamt about you last night. Wet Leg teamed up with producer Dan Carey (Speedy Wunderground, Squid, Fontaines DC) to produce an album that is unapologetically authentic.

Speaking of unapologetic, Perth’s own Carla Geneve  has displayed her honest lyricism throughout her debut album Learn To Like It via Dot Dash Recordings/ Remote Control Records.  Across the board her she delivers elements of alt-country accented by a lush, rich drum sound that drives an emotional and introspective account of her own life experiences. Another one from Aussie shores comes from veteran indie rockers Camp Cope. On their third album Running with the Hurricane their quintessential Australiana vocals are ever present used in tandem with an ability to foster an anthemic and emotive lyric that takes the listener on an empathetic ride. A ride that is only amplified by the melodic and inventive bass.

Jumping back to the UK, Kae Tempest has released their 4th album The Line is a Curve bringing once again their lyrical prowess. The minimalist beat arrangements allow for the lyrical quality of each track to shine. Kae’s award winning background in poetry and playwrighting is evident, as their ability to create a poignant and emotive tone feels effortless. Velvet Bloom, the Naarm soul tinged indie rock group have delivered a strong debut EP in the form of Glimmer. Their ability to use space and dreamy effect laden guitars works to create a rhythmic atmosphere that allows you sit the groove and enjoy the distinctive vocals of Maddy Herbert throughout.

Along with these albums an eclectic and fantastical array of singles have been brought into rotation throughout the week on 2SER. A stand out is from Brisbane six piece First Beige, brings a restrained and intentional use of harmonic exploration in Different To You. Throughout the track they balance the use of thin verses with bodacious synths and elaborate and experimental instrumentals.