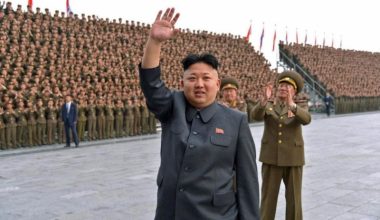 North Korea, has for years, been issuing threats to South Korea and America and most recently they say America has ‘crossed the red line’ by putting Kim Jong-Un on the list of sanctioned individuals.

In the future there is the potential for war games being played with the US and South Korea which some are saying could be the spark leading to a potential escalation in North Korea’s threats.

Earlier, we were joined by  Professor Mark Beeson, lecturer in Political Science and International Relations at the University of Western Australia to talk more about this issue.