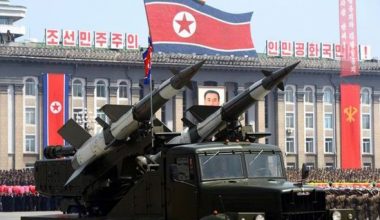 North Korea is in the headlines again with a statement from leader Kim Jong-un threatening a “pre-emptive nuclear strike of justice” on Washington and Seoul, saying “If we push the buttons to annihilate the enemies even right now, all bases of provocations will be reduced to seas in flames and ashes in a moment.” The Kim dynasty is pretty well known for some rather outlandish claims in the past, so should we just be ignoring these warnings as well? The North Koreans have been doing a lot of testing, so just how far along is their nuclear weapons program anyway?

Sean Britten was joined on the line by Dr. Benjamin Habib, Lecturer in International Relations from La Trobe University.