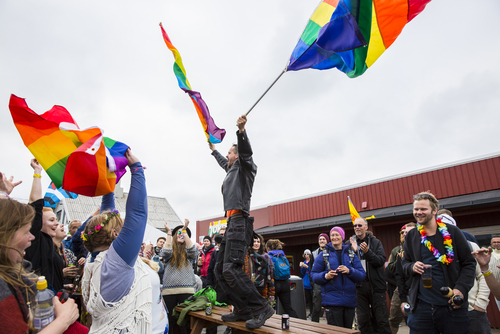 Cheyne was back this week to dish out another edition of Not News, where she breaks down all the stuff that crawled its way into the media spotlight this week. She also likes to bring up a story that didn’t get enough attention.

This week was a Same Sex Marriage special. Cheyne discussed the sky writing No vote, the 18 year-old no voter fired from her job, and a Sydney Uni protest that got out of hand.

Cheyne’s rant this week was directed at the mainstream media, who she felt gave these stories more attention than they deserve, and reminds us that one exchange doesn’t change the discrimination the LGBTI community has faced over the years.