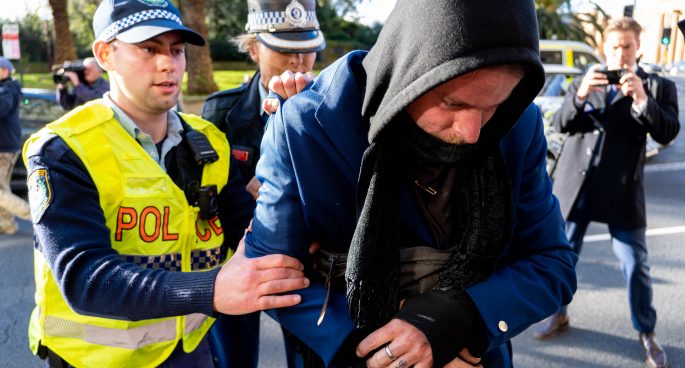 Non-discretion orders, harsh bail conditions, the threat of years in prison and fines of up to $22,000 are just some of the ways NSW Police are suppressing climate activists from groups such as Blockade Australia.

Host Beth Tracey spoke to president of the NSW Council for Civil Liberties Josh Pallas, who is standing by climate protesters who he says are facing unjust repression.