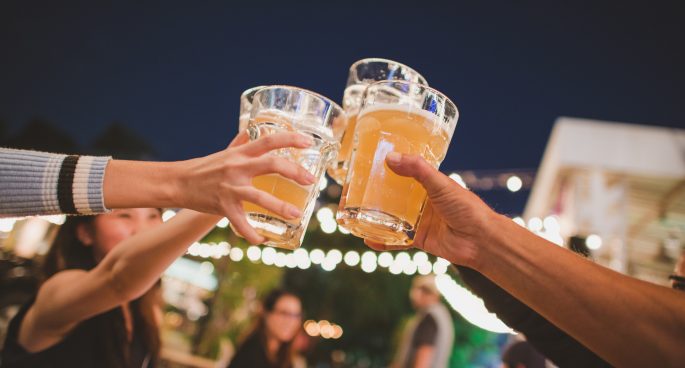 Hot on the heels of their sold out 2017 festival, this year’s ticket sales escalated to a new frenzy; with the demand so intense, that Oktoberwest decided to expand their event from one day, to a jam packed 2 days.

Aiming to showcase the very best of Inner West Sydney’s craft beer, Oktoberwest rounded up 8 of the most popular breweries; each concocting exclusive brews for the festival.  A weekend of exotic beer tasting escapades? You bet.

Mick from 2SER spoke exclusively to one of the breweries participating in the festival: Young Henrys’ co-founder Oscar McMahon. Oscar unveils the secrets behind Inner West’s rapid rise to becoming the epicentre for craft beer, and candidly discusses how his own brand of craft crew beer found success despite the initial consumer skepticism.

Oktoberwest has all the hallmarks of an extravagant festival: the food trucks, specialty brews and an electric lineup of live music, but Oscar McMahon gives us insight into why these features are merely the icing on top of a very sweet cake.