Once Upon A Time Giant Scorpions Ruled The Seas 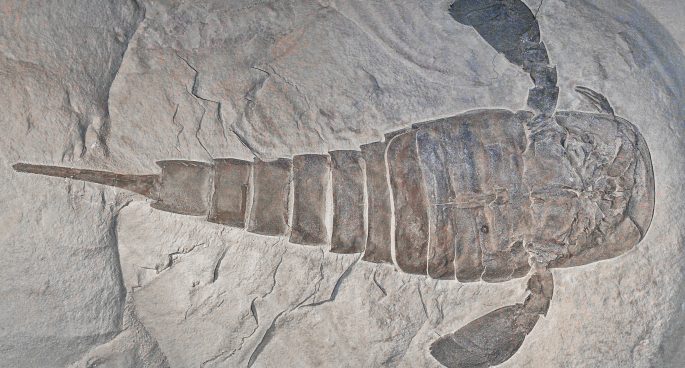 In news that will both astound and horrify you, Australian palaeontologists have discovered that giant sea scorpions once lived in Australian waters. These prehistoric scorpions are cousins of the scorpions we know today and were some of the largest marine predators to have ever existed in the Paleozoic Era, some growing to more than 2.5 metres long!

Researchers even think that if humans had been around and swimming in the oceans hundreds of millions of years ago we might have been on the menu too!

The Daily spoke with Patrick Mark Smith, a Palaeontology Technical Officer at the Australian National Museum about  the prehistoric predators.

For more details, you can read Patrick Smith’s co-authored article in The Conversation.

Once Upon A Time Giant Scorpions Ruled The Seas