The Orbweavers: deep leads into the unknown 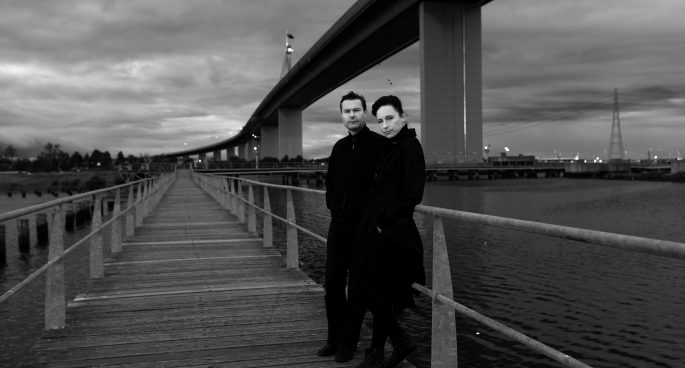 Melbourne duo The Orbweavers take their sweet time with their music, having not released anything since 2011’s Loom. They’re in no rush, and neither are their songs. With their latest, Deep Leads, the pair of Marita Dyson and Stuart Flanagan make their presence felt that little bit more to make their painstaking timelines wholly worth the investment. Their incredibly hushed and beautiful songs hang in a mysterious air where spooky and pretty are kindred spirits and here go deep in search of what they call the ‘buried and hidden things’ – things surrounding us that we may not see but undoubtedly, unconsciously, feel.

Long-standing Brooklyn Afrobeat collective Antibalas have been similarly unsighted for a whole, with their last self-titled effort out in 2012. Motivated by the current state of American politics to be called back into action with a call to arms, Where The Gods Are In Peace is forged in resistance to political oppression, avarice and reprisal. Their signature tough and propulsive Afro-funk is intact, but a spiritual dimension weaves through these inspired workouts, with stories of African forefathers and a promised land that represents to the band a way back American needs to take in order to go forward.

San Francisco’s Deerhoof aren’t as explicitly political on their latest album Mountain Moves, but they’ve made it an explicitly political act. They’ve moved the album release forward and put it up on their bandcamp page where you can buy it for as little as one US dollar. All proceeds from sales of the album there will go to a newly created charity, the Emergent Fund, created in the wake of the 2016 US election to assist marginalised communities under threat from aggressive acts of discrimination now all too commonplace in the current climate. The Emergent Fund raised over $500,000 in their first two months. But now to the music, and this is one of the real highpoints in a recent run of cracking output fro a band now on album number 14. They’ve gone all out with guest appearances with spots from Juana Molina, Stereolab’s Laetitia Sadier, The Staple Singers, Wye Oak’s Jenn Wasner and about double that number again to spruce up their twisted conflation of art-rock and funk groove delivered with equal parts punk abandon and pure joy. No one does it like Deerhoof and on Mountain Moves, they’re doing it for the people.