Outpouring of Grief for the passing of Queen Elizabeth II 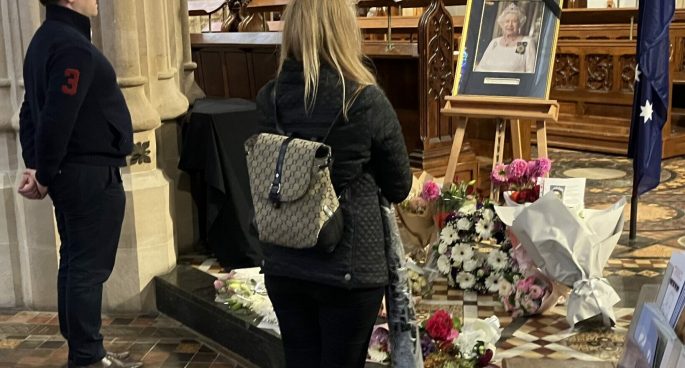 Australia awoke today shocked that the Queen had passed away in the early hours of the morning our time.

Only a few days earlier she had been seen stalwartly fulfilling her duties in investing new British Prime Minister Liz Truss at Balmoral, her favourite residence.

The resolute, gracious and good humoured way in which the Queen discharged her duties for the Commonwealth and the United Kingdom earned the respect of most Australians many of whom had been touched by her in her 16 trips she made to our nation.  At over 70 years as Queen, she is the longest reigning monarch in British history.

Out of respect Australia’s parliament sessions have been paused, planned transport strikes have been cancelled and many sporting events rescheduled.