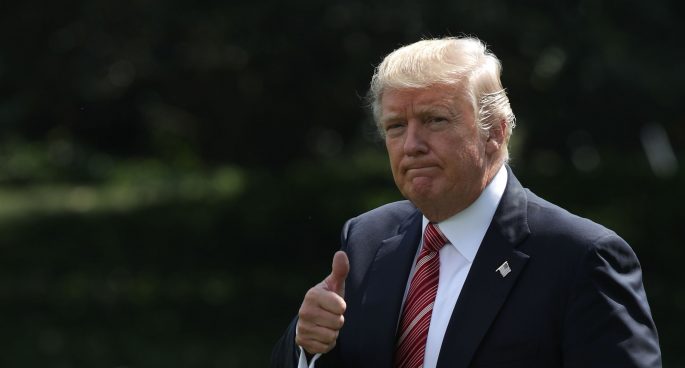 Donald Trump has been accused of “using the cover of the storm” to shield himself from criticism after he pardoned former Arizona Sheriff Joe Arpaio over the weekend, a move that outraged Democrats as Hurricane Harvey made landfall over Texas.

The hurricane was downgraded to a tropical storm as it set in over Houston, but the blowback over Trump’s latest decision shows little sign of dropping off itself, with house minority leader Chuck Schumer labelling the President “So sad, so weak” for pardoning “a man who violated a court’s order to stop discriminating against Latinos.”

President Trump will visit Texas on Tuesday, where he will look to turn attentions back to the “major rescue operations” he says are currently underway.