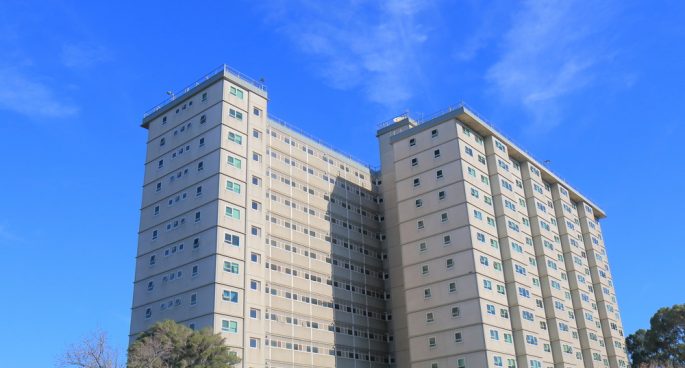 In the wake of recent events, such as the dip in the economy and the COVID-19 pandemic, public housing and its tenants have been forced to undergo various changes. What this means is an exacerbation of an already tenuous state of affairs in terms of government housing and those who rely on it.

With the advent of the COVID-19 virus, it is no secret that isolation was one of the many measures taken by the Australian government in an attempt to contain the virus as well as prevent other possible disease carriers from getting into the country. However, this process of action was enforced perhaps over-zealously. Many of the people in public housing are lower-class, and “some of the most vulnerable people” in the country, with little voice in the community. Alan Morris has brought to light some of the more inhumane acts that have been done by government officials against people in public housing, including one instance where tenants of a public housing apartment were held inside against their will by police officers. They were not allowed outside for any reason, “no food, no exercise or medicine, nothing”. Given that the people who are living in public housing are those who most likely have very little income and welfare, this kind of action taken by the government rings of taking things too far. This manner of treatment towards tenants of public housing has “raised criticisms” of public housing affairs, and brought to light the poor treatment of those who use public housing.

The government has a habit of “starving public housing of the funding it needs”.

It is to be noted that quarantine in public housing is not akin to quarantine in a house or privately owned apartments. “Public housing is well known for its high density-poorly maintained conditions”, Julia Carr-Catzel says. While in a privately owned apartment there are also many people in close proximity, public housing is often not optimized in the same way, resulting in many people living far too close to one another. This has led some to compare the towers to cruise ships. In such close quarters, the risk posed by infectious and contagious diseases is a real and grim threat, especially when one takes into account how the COVID-19 virus is typically spread. A single infected person could very well spell disaster for an entire tower of publicly housed people.

This problem has not gone unnoticed or ignored by the Australian government, however, which may be of great news to those who are stuck in the less than ideal conditions of public housing in the present. While the waiting list for people who are set to move into public housing is predicted to grow to “a hundred thousand people by 2021” in the state of Victoria, New South Wales and and the Australian Capital Territory are already redirecting some funds towards public housing and improving conditions for those people who rely on public housing for shelter. In the fallout of the COVID-19 crisis, the New South Wales federal government has pledged enough funding to the public housing sector to be able to afford over seven hundred new public homes for those who need it. “Under the agreement between the National Housing Finance and Investment Corporation and NSW Land and Housing Corporation, $100 million in loans and grants will be provided through the $1 billion National Housing Infrastructure Facility.” This is a clear step in the right direction for those who are willing and able to do something about the public housing situation. Moreover, many of these new public housing estates are not apartment-style towers like before, but are individual houses in a more suburban setting, therefore cutting down on the likelihood of contagious diseases like COVID-19 being transmitted from person to person so easily. Whether this is a sustainable plan is uncertain, as Fiona Ross says that the government has a habit of “starving public housing of the funding it needs”. The Australian government, if they want to continue their plan of bettering the lives of tenants of public housing, needs to continue to renovate and re-think their policies towards that sector. Those who are not fortunate enough to make it onto the list of public housing are also in need of consideration, as the fewer homeless people there are on the streets, the better.

Overall, the COVID-19 pandemic has highlighted just how far the public housing sector has to go before it can be called satisfactory. This may be a blessing in disguise, because while the pandemic has claimed many lives and disrupted the lifestyles of many more, the fact of the matter is that without the lockdown and quarantine, problems with public housing may have gone unnoticed for many years to come.