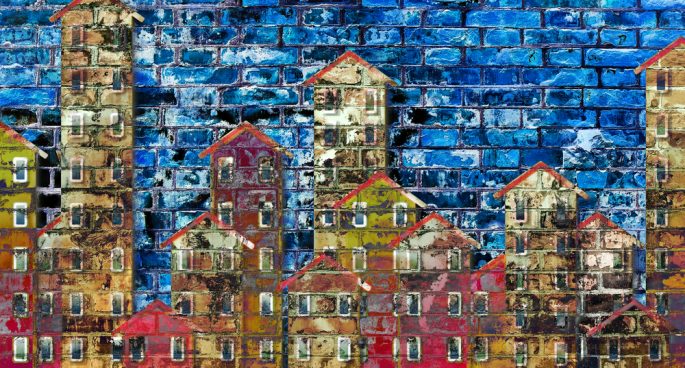 “Public housing is provided by the government to assist people on low income. Those who can’t afford a home or may have a problem renting in the private sector”. Families and individuals, who depend on the government for income, have found themselves more reliant on public-housing; as private renting has become increasingly expensive. Furthermore, as the COVID-19 crisis has significantly altered the world, it seems that families and individuals reliant on public-housing and the government, have become increasingly vulnerable.

How has COVID-19 affected some of the most vulnerable individuals of Australia?

Although, many families and individuals residing in public-housing have been significantly impacted by COVID-19, it seems that Victoria has been affected the most. Within Australia, “Victoria has the lowest level of housing”. During 2018 to 2019, Victoria placed $200 million in public-housing which funded the build of under 2000 homes. This would shelter approximately 2% of applicants on Victoria’s wait list. There are approximately 50,000 applicants on a waiting list in Victoria. This is not enough to provide a secure and stable home for vulnerable families and individuals. Moreover, as COVID-19 has decreased home ownership and many are left without stable employment while living in public housing; there has been an increase in the seriousness of potential homelessness.

Tenants residing in public housing have faced one of the harshest lockdowns of 2020. Residents were prevented from leaving their homes, for any type of reason except for work, if employment was still available. Homes were surrounded by police officers to enforce lockdown. Moreover, those who lacked fluency in English found it really difficult to get by their day to day lives and those who needed special care and attention were unable to receive it, due a severe lack of funding. The residents of Melbourne felt like ‘caged animals’ being forced to stay inside ‘vertical crew ships’– this is how their homes had started to be perceived. Furthermore, those who relied on precarious employment for survival, prior to COVID-19, have found survival increasingly precarious; as COVID-19 has impacted the economic sphere.

What needs to be done to support the people who are already struggling to get through one day at a time?

The need for public housing has only been increasing. However, as public housing has seen a decrease in funding, there has been a reduction in secure housing and stability for the most vulnerable. With proper investment, sustainable and healthy homes can be built. Which can ensure a safe, stable and secure lifestyle for many of the struggling and vulnerable families and individuals of Australia. The Australian government has planned approximately $10 billion to build new homes, as well as, repair thousands more. The Victorian government has committed to $500 million in building new public-housing and repairing most of the existing ones. Australia has been known as one of the lucky countries due to public housing and it is important to be able to remain one of the lucky countries.