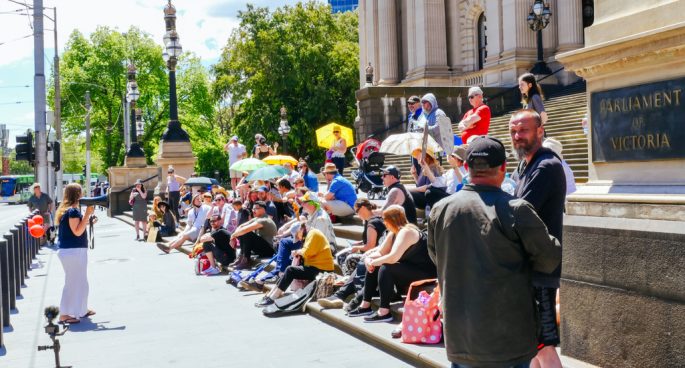 A controversial bill which would allow the Victorian Premier and Health Minister sweeping emergency powers to declare a pandemic, will come before the State Parliament’s Upper House this week.

Protesters slept overnight on the Victoria State Parliament steps to rally against the proposed bill and vaccine mandates and have pledged to continue their camp-out this week.

The State opposition has criticised the proposed pandemic bill saying it would give Premier Daniel Andrews excessive power while the Human Rights Law Centre have broadly welcomed the bill but have issued nine safeguard recommendations.