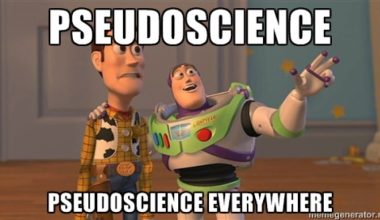 A few weeks ago on the Daily, we spoke about Flat Earth theory  This came about after famed scientist Neil DeGrasse Tyson did take on rapper and flat earth-believer B.O.B with a scientifically accurate rap battle. That’s an extreme case but when it comes to science denialism and pseudo-science, is it worth a real scientist’s time to contradict them? Rod Lamberts, Deputy Director of the Australian National Centre for Public Awareness of Science at the Australian National University joined The Daily to outline the whole notion of pseudoscience.