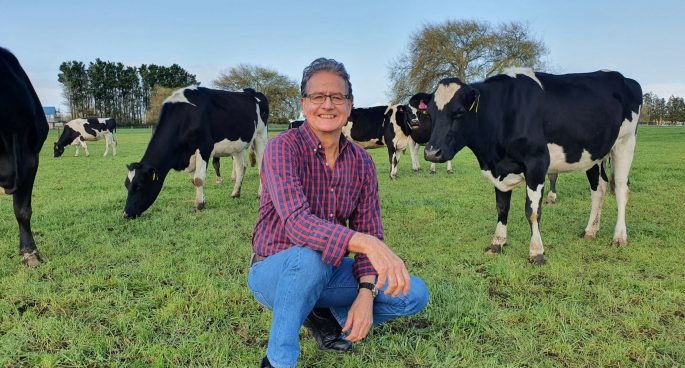 Cows have a sordid reputation when it comes to their environmental impact.  They produce large amounts of methane, nitrous oxide and are incredibly resource intensive to farm.

We know that their burps are a disaster to our atmosphere, but their urine is also a troublesome pollutant. Rich in nitrous oxide, it can damage soil health and pollute waterways.

New Research out of the University of Auckland has found an unlikely solution to reducing the environmental impacts of cattle.

Behavioural Psychologist have discovered that cows can toilet trained and were even more time efficient in learning the skill than the average human toddler.

Sophie Ellis spoke with Honorary professor University of Auckland and co-author of this research, Lindsay Matthews about how to toilet train a calf and the future of lavatory going cattle.

Featured In Story: Lindsay Matthews, Honorary Professor at the University of Auckland