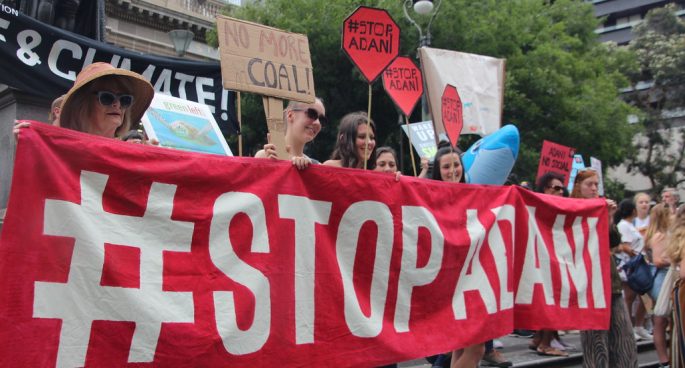 Mining giant Adani’s proposed Carmichael coal mine has been subject to extreme controversy, heated public debate, governmental approvals and legal proceeding since the proposal of the mine in 2010.

Now, the project is closer than ever to getting the go ahead, opening up Queensland’s untouched Galilee Basin. Following former Environment Minister Melissa Price’s abrupt final approvals of the mine on a federal level, the QLD government announced two weeks ago they were eager to fast-track the process of resolving the two outstanding approvals by setting a timeline of 3 weeks.

On Friday, QLD Premier Anastasia Palaszczuk announced her approval of the environmental plan to protect an endangered bird, the Black Throated Finch. It came as a big win for the Adani corporation and a massive blow to environmentalists and groups such as the #StopAdani movement.

Patti Burton, the leader of her local #StopAdani group in the Sydney suburb of Avalon joined Tess Connery to talk about the movement.

Sign the petition to stop Adani getting insurance here

Join your local #StopAdani group or start one here