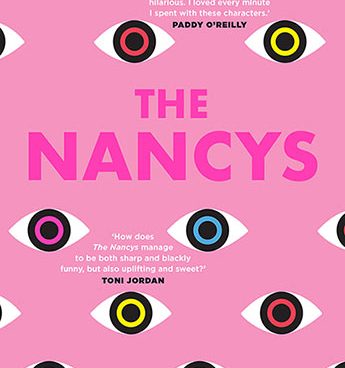 The Nancys is R.W.R. McDonald’s debut novel. He’s already garnered acclaim with the novel receiving accolades at the Victorian Premier’s Awards for an unpublished manuscript.

Nancy Drew is best known as an unassuming, always ready, teen detective from River Heights. Her father Carson Drew is a crime fighting lawyer and her asexual boyfriend is Ned Nickerson. She’s the star of hundreds of novels and several screen adaptations, but she’s also been around for close to a hundred years and has gone through numerous iterations.

Nancy Drew, along with her male teen detective counterparts The Hardy Boys, were the brainchild of the publishing empire of Edward Stratemeyer in the 1930’s. Since her beginnings in the interwar years Nancy Drew has had many updates. In the 50’s and 60’s the series was edited to for brevity and cleansed of some of its more racialised vocabulary. Later the series was updated as The Nancy Drew Files in 1986. Nancy now had greater depth and darker stories. Rebooted again in 2005 as Nancy Drew Girl Detective and now with a new series on the way to Netflix, it seems Nancy Drew is the girl detective who just won’t die!.

The Nancy’s is the story of Tippy Chan. Eleven years old, Tippy lives in the small South Otago town of Riverstone. It’s been a shit year for Tippy. Her Dad died nine months ago and her mum is dealing with it by hiding all trace of his existence.

But Tippy’s uncle Pike is coming to stay and together they share a love of Nancy Drew. Tippy has all Pike’s old copies and reads them voraciously wishing she had a mystery to solve. Pike arrives with his new boyfriend Devon and Tippy’s mum leaves for her cruise. And then Tippy’s teacher’s teacher’s horribly mutilated body is discovered by the only traffic lights on the way out of town.