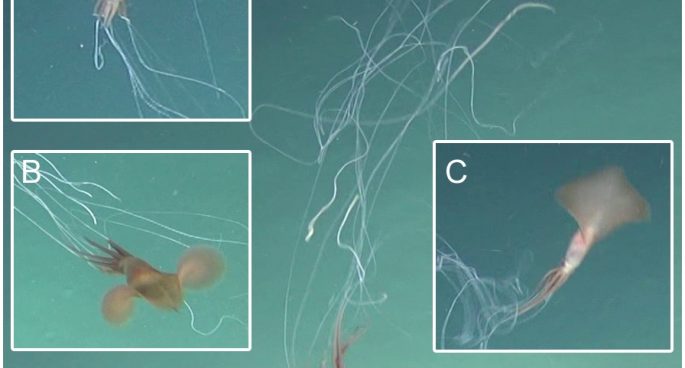 Have you heard of the bigfin squid? It is a rare squid that has been spotted about 12 times in the last 20 years across the globe, and it has been recently discovered in Australian waters for the first time.

The CSIRO and Museums Victoria partnered together to do some research of the Great Australian Bight, and using underwater cameras, discovered about 5 of the bigfin squids, and you will learn some of them were metres long.

Before this, they were found in the Gulf of Mexico, the Central Pacific, Indian Ocean and the North and South Atlantic. An article in the Conversation was written about the findings, and Briannah spoke to one of the authors marine scientist Deborah Osterhage.

The photo has been provided by Deborah Osterhage, and if you want to learn more about the findings, here is the link to The Conversation, and the Public Library of Sciences ONE journal.