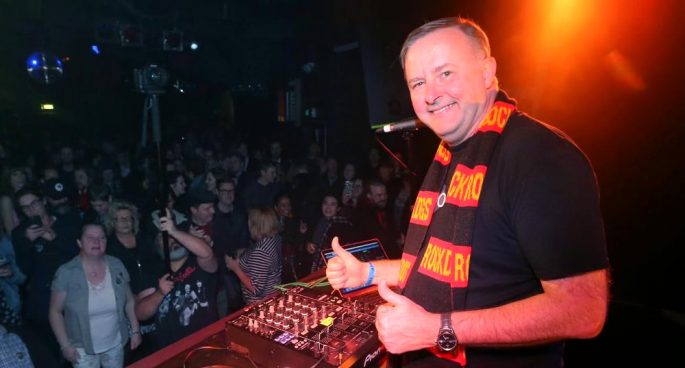 DJ Albo, also known as Opposition Leader Anthony Albanese, joined Julia on 2SER Breakfast to talk about the Reclink Community Cup, an annual sporting event that aims to raise money to provide sport and arts programs to at risk youth. Every year in each capital city across Australia, a team of musicians battles against a team of media personalities in a game of footy. Mr Albanese has been an ongoing supporter and member of the muso’s side of the footy match.

The launch is on tonight at Cottonmouth Records, Enmore St, Enmore

The Sydney leg of the Reclink Community Cup kicks off at midday on Sunday August 11 at Henson Park, Marrickville with tickets available at the gate.