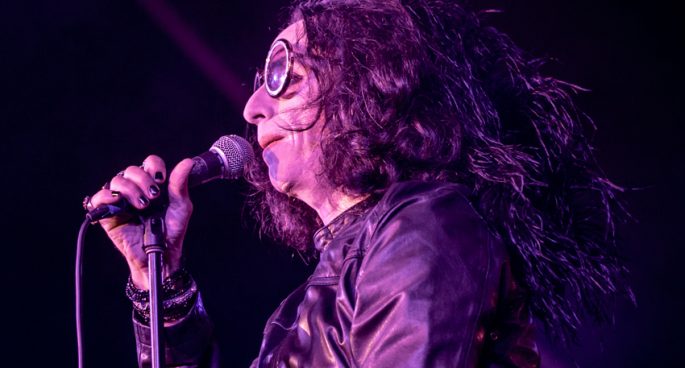 It’s been a while since I’ve seen Paul Capsis do what he seems born to do: hit the stage with a rockin’ band to reinterpret some of his favourite tunes and pay his respects to the women of song who have moved and inspired him. In the interim, as always, Capsis has impressed with roles on stage and screen – most notably recently channelling the dishevelled but deliciously sharp-tongued Quentin Crisp. But it’s when the artist is leather/feather-clad, strutting out front of a foot-stompin’ live band that all his considerable talents collide most magically. It’s in this setting that Capsis’ keen and quick humour can reveal itself unfettered by script, combining with a voice that can channel both Billie Holiday’s ache and Janis Joplin’s unbridled spirit. Still employing trade tricks of theatre with flourishes of deconstructed and degendered drag, it’s through song that Capsis can really soar, gathering up the audience like a crazy colourful bowerbird, always delivering them somewhere special.  Music is also how many first experienced him, and I for one will never forget first hearing him perform Kate Bush’s Man With The Child In His Eyes back in the ’90s somewhere in Kings Cross, when the quasi-suburb was still somewhere you went to discover things more nutritious than lattes and deli goods; where you could still bump into things more dangerous than gym junkies, designer dogs and bloody baby prams. “Keep Sydney Open,” the singer says at one point tonight. Well, “Amen to that” as he’s been know to proclaim elsewhere! Ego Is Not A Dirty Word  was the perfect, scene-setting opener tonight, especially since the four-piece band arrived on stage ahead of Capsis with bassist, tuba blower and sometimes keyboardist, Dan Witton dressed in modest consular-issue BBQ shorts, bowtie and adorable spectacles. Witton could quite easily have stepped right out of a video entitled I’m Living In The 70s. It’s also safe to assume Skyhooks’ make-up, high heels and caped flamboyance would have made quite an impact on a young Capsis growing up in Surry Hills during the heydays of glam. Who wouldn’t have dreamed about being in Skyhooks when everything/everyone around you tells you you’re not like other boys? Particularly when those same judgemental eyes were blinded to the band’s campness. That was the power of ’70s rock ‘n’ roll: even straight-asserting bully boys could be starstruck by, and safely profess their love for Skyhooks, Freddie Mercury et al. 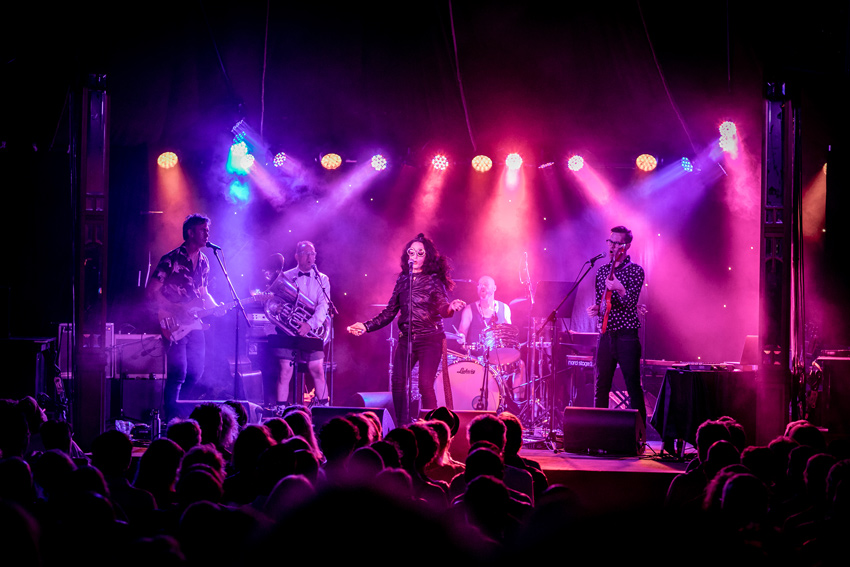 As tonight’s set gradually built momentum and the usual fixation with strong women gave way to some unconventional male songwriters, early highlights included a surprising rendition of the Dootsie Williams penned doo-wop lament Behind The Door, followed by Sonny Bono’s Bang Bang (My Baby Shot Me Down). Rightful audience favourite Back To Black by Amy Winehouse was heartfelt and beautiful, while a reworking of Eurythmic’s Sweet Dreams, still needed a little massaging. Musical Director and guitarist/keyboardist Jethro Woodward skilfully led Dan Witton, guitarist Nick Murray and blue-singleted tub-thumper Ralf Rehak though their paces, all of them sounding fine and gelling artfully to allow Capsis’ star to shine. Selections throughout were inspired, none so appropriate as Suicide’s Ghost Rider, it’s lyrics keeping a keen, lusty eye on a cute motorcycle boy while reminding us “America is [still] killin’ its youth”. Cue barbed Trump reference. By set’s heated end, Capsis’ own motorcycle leathers had hit the floor to reveal a skimpy sequenced cardy he found discarded behind a Surry Hills hopper bin. It’s just one of his candid, between-song vignettes that raise a laugh and amplify why so many love him. By now though, the music has really notched up with stonking renditions of Proud Mary and the song Janis Joplin made famous, Piece Of My Heart. Feet stamping and a standing ovation suggested: nobody here gets out alive without an encore. And so, we got a wholly satisfying trio of Lou Reed’s Perfect Day, Nina Simone staple Feeling Good and the one that especially had all the lesbians in the house super-impressed, Patti Smith’s Pissing In The River. Paul Capsis the performer is a national treasure. He’s one of those artistic anomalies, who, to the great Australian comb-over of corporate/government funded wafer-thin blandness that is so often pasted across our screens and stages, appears pinned like a larger-than-life, semi-precious, bedazzled hairclip, defying to be ignored.  Like his character Toula in watershed Australian film Head On, Capsis offers no apologies, no compromises, no turning down of the volume, no shirking the truths. Backstage iOTA (who was to perform later with Marcia Hines) was apparently on-hand to help Capsis tie the odd bit of fabric to his body and also outrageously pin a shambolically orchestrated black feather-boa to Capsis’ own hair. It would eventually come undone, not surprisingly with all that head-banging/shaking, but it’s this kind of delightful malting-before-our-eyes that makes Capsis’ performances so real. Like the startling view of daylight outside that was revealed through the back curtain just moments after the show finished, it’s these uncontrived moments that demystify performer and production to highlight how a performance can transform the very human into a star.

“The whole night’s ruined,” Capsis quipped towards the end while absentmindedly picking at a stain he only just noticed on his black Lee jeans.

Far from it Mx Capsis, far from it.

[N.B. In 2014 Paul Capsis was filmed In Conversation for 2SER. You can watch the candid conversation here.] 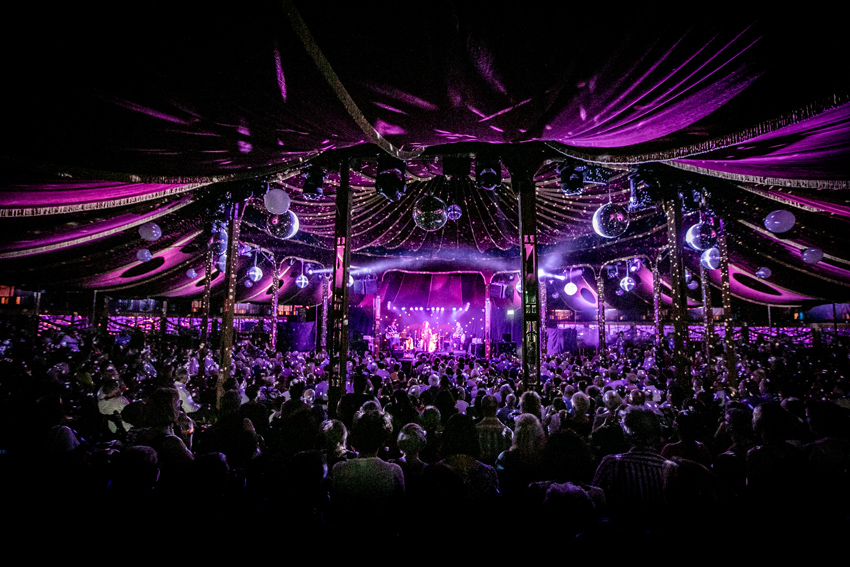