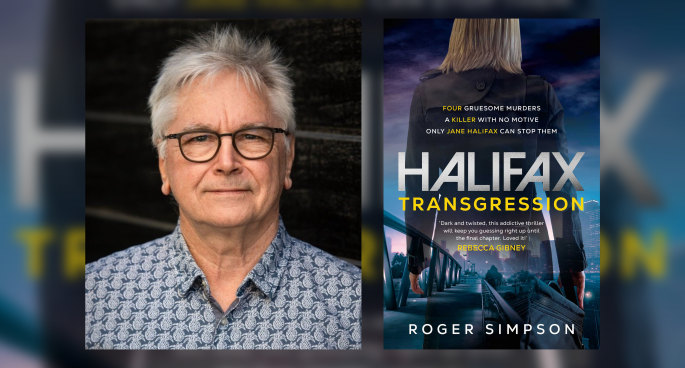 We talk with acclaimed television writer, now novelist, Roger Simpson, about his debut venture in our world, ‘Halifax: Transgression‘. Bringing his long-running telemovie protagonist, Dr. Jane Halifax, forensic psychologist, to the printed page, was a frightening endeavour, but compared to what Roger put her through in the book, we’d say he got off pretty easy. A bizarre string of grotesque murders wherein the killer has proudly displayed their victim, suspended by chains in their own gore, terrifies upper-class Melbourne. Old flame (and Hugh Jackman lookalike) Eric Ringer calls Jane onto the case, to help both the victims and officers deal with the horrors they find themselves in. On the mend from her own traumas in her latest telemovies (Halifax: Retribution), Jane once again is confronted with her own choices and how they landed her here in the first place.

Thanks to DMCPR, and Simon and Schuster, for copies of the book and arranging our time with Roger!