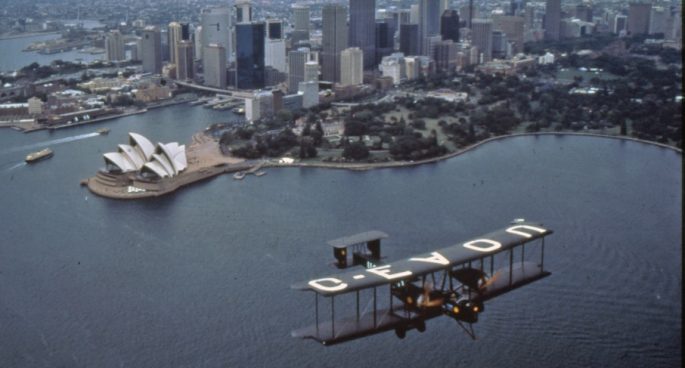 Amidst very little media an enormous feat occurred on Tuesday gone, the 10th of December 2019.

The Centenary of the Great Air Race occurred and Michael Smith landed his twin-engined Sundowner 2 in Darwin.

This was exactly 100 years after decorated Australian war hero Ross Smith (no relation) and his brother won the $10,000 pound prize on offer from Australian PM Billy Hughes, to be the first Australian to fly from England to Australia. They landed on the 10th Dec, 1919.

Lang Kidby knows this story oh so well, for he and his wife Bev not only flew this same course in 1994, (the 75th anniversary), but they built a replica Vickers Vimy bi-plane to do it in – the same aircraft Ross Smith flew in 1919.

Adventurer, pilot, author and possibly all round raconteur – Lang Kidby we welcome you to 2SER’s The Daily Show…

To listen to this interview please click on the white arrow top right.

And for more info about Lang and Bev Kidby’s aviation and wider adventures see www.next-horizon.org