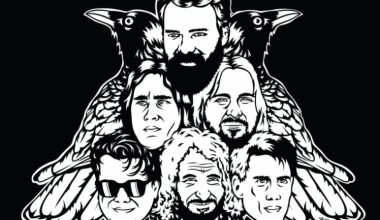 Since kicking off in 2012 experimental pop band from the sunny South Coast, Shining Bird, has produced both an EP and recieved accolades from fans and critics alike for their Australiana-infused dream pop. Songwriter, keyboardist and one of the founding members, Russ Webster chatted to Nic about the band’s upcoming album Black Opal, coming out on October 7th, Wollongong’s Yours and Owls Festival this weekend and their upcoming tour.