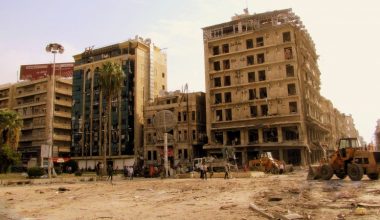 A coalition of opposition groups have claimed to have broken the government’s siege in Aleppo.

The offensive against the government forces began last Friday and while they’ve reportedly managed to open a passage, intense battles continues in the city.