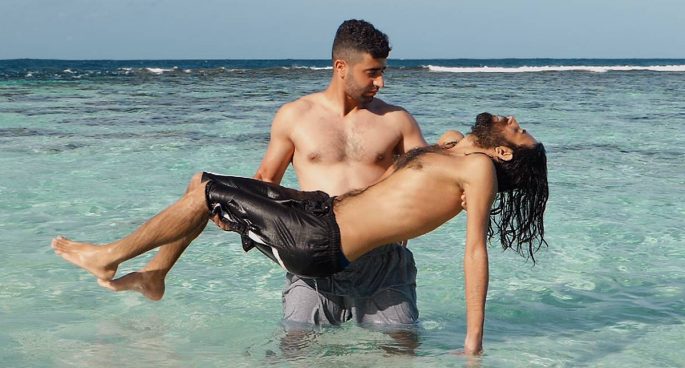 Ear to Ear and Best Effort join hands to bring you Sky Lounge – a small dance of unforgettable proportions. Taking place in an unexplored leafy 2-tiered rooftop in the Inner West, the space is BYO and perfect for having a good time. For the first in a series of open-air parties, there will be music for both heads and feet. Melbourne techno composer Fia Fiell and electronic producer Toni Yotzi playing for us. Marrickville, 2pm -12am, tickets $30-40.

Two of Australia’s most prolific satire writers will join forces at Making Fun: Colley & Lui on Satire. Join James Colley (The Weekly, Gruen, Too Right) in conversation with Nakkiah Lui (Black Comedy, Black is the New White, Blackie Blackie Brown) as they discuss whether there’s such thing as an Australian sense of humour, the motivation behind their own work, and the role satire plays in this new age. Or, they’ll goof off immediately and just talk for an hour about what TV shows they’re binging right now. Giant Dwarf, Redfern, 5.30pm, tickets $25-30.

Join some of your favourite local and Aussie musicians at the Lansdowne Hotel in hopes of raising funds to donate to cancer and ultimately reduce the amount of suffering by such a terrible disease. All proceeds from door sales and donations raised from An Unexpected Mutation will go straight to the Australian Cancer Research Foundation. The lineup includes Sunscreen ,Buzz Kull ,SUIIX, Planet (Dj Set), City Rose and BLAND. The Lansdowne, Chippendale, 4:30-10:30pm, tickets $25.

New Life World is a debut curatorial project for LinkInBioCollect which features 16 Sydney based artists whose practices delve into our current tech/media saturated world. Each work approaches how we use and interact with media, the online and physical technologies in various ways. It’s happening at Fredas, Down/Under Space, Chippendale from 6pm-12am with the after-party kicking off at 8pm. Did we mention it’s free?

While the pressure to be successful in the era of Capitalism isn’t new, the latest exhibition at Verge Gallery, Personal Best, looks at how we view achievement today, when now more than ever the the cult of the winner is revered. Opening is from 6-8pm. Plus catch ‘The Failure Debate’ on 21 November and listen to our chat with Verge Gallery Director Tesha Mallot and artist Kieron Bryant from 110%.

Primavera is the MCA’s annual exhibition of young Australian artists aged 35 years and under and this year will bring together eight of the most exciting young artists working in Australia as they answer the question, ‘Why is identity important today?’ Features works from Hoda Afshar, Caroline Garcia, Hayley Millar-Baker, Spence Messih, Phuong Ngo, Jason Phu, Ryan Presley and Andrew Tenison. See it at the Museum of Contemporary Art from 9 November – 3 February. (Pictured: Hoda Afshar)

Nectar are throwing their second party after their comeback this year with Infinity. The line-up of sets include Inga Mauer (RUS), Magda Bytnerowicz, Makeda (MEL) and Rubee. Plus visual from ASTERISM and Jake and Mac. Location TBA, 10pm-4am, tickets $20-40