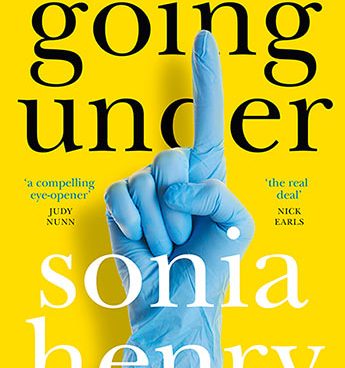 Sonia is a debut author who’s new novel Going Under takes the reader into the lives of doctors in a Sydney teaching hospital. Sonia is also Dr Sonia Henry who three years ago as a junior doctor penned an anonymous op-ed that subsequently went viral, exposing the toxic culture of medical training and the toll it takes on young doctors lives.

Going Under is the story of Kitty Holliday. Kitty’s a surgical intern at a major teaching hospital struggling to balance her idealism, against the gruelling reality of making it in the medical world. Suffering abuse at the hands of patients and senior doctors alike Kitty must rely on her friends if she is going to survive and continue to save lives...

Join me as we discover Sonia Henry’s Going Under