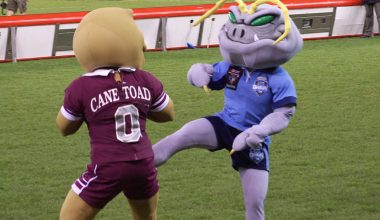 It was promoted as one of the biggest games in the history of rugby league and for one team it was to be utter disappointment; the other absolute jubilation.

To discuss which team it was that proved triumphant in the end, 2ser’s Adrian Walton spoke to fellow members of the 2ser team, David Gavin and Myles Houlbrook-Walk, to dissect all the action from the deciding match in Brisbane last night.