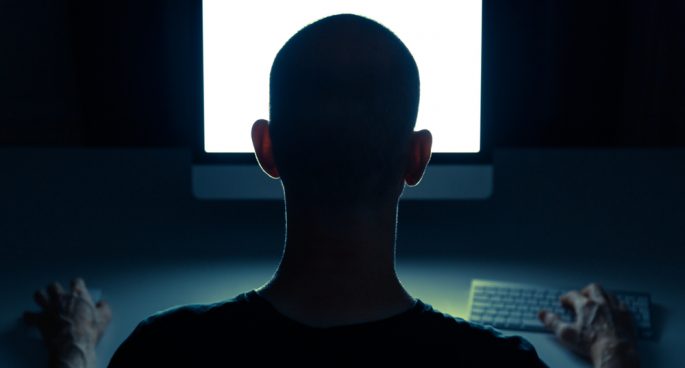 In this episode we observe how online hate speech can result in real-life consequences. How gaming and social media platforms are failing to censor dangerous content. And pushback from the community.

The idea that video games manufacture real-life violence has been heavily debated by concerned parents and almost unanimously disregarded by gamers for decades. But with the constant development in how people watch and interact with eachother online comes also the spread of people contributing to dangerous behaviour. These actions are often committed without first thinking of the consequences, leading to jail time and sometimes even death.

Although these instances have been deadly, social media platforms seem to be doing very little to stop the spread of bots, bullies and overt bodacious behaviour. In this episode of Think: Digital Futures, 2SER producer, Julia Carr-Catzel is joined by DK, content creator and gamer on Youtube and Twitch and Dr Marian-Andrei Rizoiu, senior lecturer of Behavioural Data Science at the University of Technology Sydney. Together they play along topics involving the real-world dangers associated with online gaming and trolling and the responsibility of platforms that are supposed to monitor it.

Not so long ago, if a gamer was to have an altercation with another player in the online community, the best way to settle it was by either sending a crude message or challenging the foe to a private match to decipher who was all talk. Although these resolution tactics were often far from mannerly it was still less extreme than what is being experienced today.

A new method of ‘pranking’ in the online community is called Swatting. This is the act of somehow gaining the address of the victim and sending the police to their location after placing a fake emergency call. This may seem like a harmless way to incite revenge for some, however, many do not consider the reality of the dire consequences that could follow.

This happened when YouTuber SWAuTistic was provided with a request to organise a swat on an unsuspecting gamers house. The end result was an innocent father being shot dead by police as the address of the intended target was not correct.

The nature of swatting calls are usually anonymous, but police were able to track down SWAUtistic because of an interview he had with YouTuber Daniel Kean bragging about the incident.

“Someone contacted me and said Hey, dude, this fucking retard just gave me his address and he thinks nothing’s gonna happen.

“I said sure, I love swatting kids who think that nothing’s gonna happen.”

SWAuTistic was sentenced to 20 years in prison. But some cases are left unresolved such as an American Airlines flight that was grounded when a fake bomb threat was made in response to a live-streamers video prior to boarding the flight. Although the person to blame for these incidents seems obvious, people are pointing the finger at players, streamers and platforms.

A recent controversy was formed around Twitch’s stance on censorship content. Twitch streamer Amouranth landed herself in hot water when her hot tub video’s that previously gained her over 4 million followers, become demonetised. The content was deemed too sexualised for younger viewers, but the decision was soon reversed by Twitch who said it didn’t go against their community guidelines.

Frustrated with this result Amouranth’s house in Texas was targeted in an alleged arson attack by a disgruntled user. Cases of unwarranted aggression are not uncommon on the internet. Trolls and bot accounts wreak havoc wherever they can online just to get a reaction. This is what happened to one of DK’s streamer friends.

“He’s a supporter for the LGBT community and he has those LGBT tags in his streams, so some people in his chat give him a hard time like – why are you supporting people that are going straight to hell?

“So he just brushed it off but I could tell from the clip he shared with me that these people are disgusting.” he said.

Though there are many thick-skinned people like DK’s friend, the effect of trolls can span past the reach of control once they start to spread misinformation.

Dr Marian-Andrei Rizoiu explains how online discussions and fringe beliefs can convert into offline reactions. Such as the ‘pizza gate’ conspiracy that pinned the democratic party to be operating a paedophile ring inside a Washington pizza shop.

“The net result, in that case, was a guy driving for five hours from North Carolina, getting out of his car with semi-automatic weapons and went to the pizza place to free the children. He still serves time right now. But what I’m trying to say is that it has offline reactions.” He said.

Dr Rizoiu creates mathematical models that explain the behaviour of law in large collectives of individuals in the online environment.

One of these models explains how individual actions can have atomic results and usually emerge from the darker corners of the internet before making it to mainstream platforms. In late 2020 His study from a far-right Facebook page comment section showed fringe beliefs grow by latching onto socially acceptable narratives.

“The thematics change a lot towards conspiracies like COVID and then it moves into religious attacks, antisemitism, anti-Islamophobic references and the language gets a lot sharper and a lot more aggressive.”

However, a lot of content like this comes from numerous bot accounts, designed to seem human and are often operated by one person. Dr Riziou said there are ways to identify them.

“They are embedded in completely different communities. However, they are tweeting about the same thing.

However, many bot accounts are not left permanently suspended, and not just because of their elusive nature, but also due to the neglect of action from social media platforms. Banning accounts and battling misinformation goes against their clicks and interaction business model. There have been attempts to address this issue but no real change is ever enforced.

The Twitch community have implemented tactics to spread awareness and force the gaming platforms to take action on trolls and censorship.

One lash back was the Twitter hashtag #TwitchDoBetter, which led to the campaign of Twitch streamers to universally take a day off the platform. Reddit users also went dark for a day in protest of the spread of misinformation.

Despite this many streamers, including DK, aren’t fully convinced the movement will be effective and are re-thinking their place on the platform.

“I don’t know should I stick with YouTube stream? Should I go to twitch? Should I multi-stream? l I know a lot of people do.”

“While I’m happy that the day off from twitch was a success… I think more people need to voice their opinions about this, get the word out there.” He said.