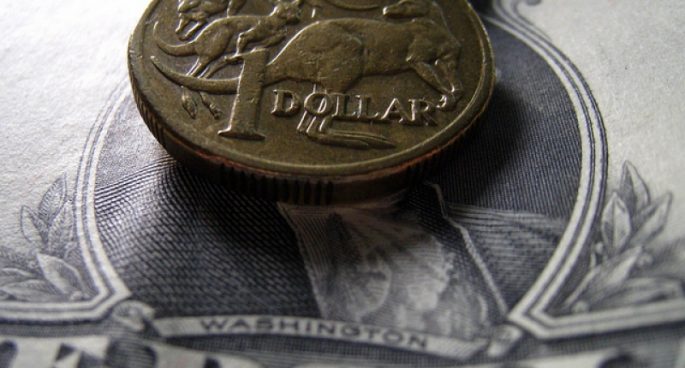 The Australian Dollar has surged above 75 cents: its highest monthly gain since October 2011. The shift is likely to have left the Reserve Bank of Australia (RBA) Governor, Glenn Stevens at the edge of his seat. Projections had estimated that the dollar would be at 65 cents by now, and if it climbs any higher the RBA might have to intervene.

Image: The bouncing dollar by Francisco Martins on Flickr