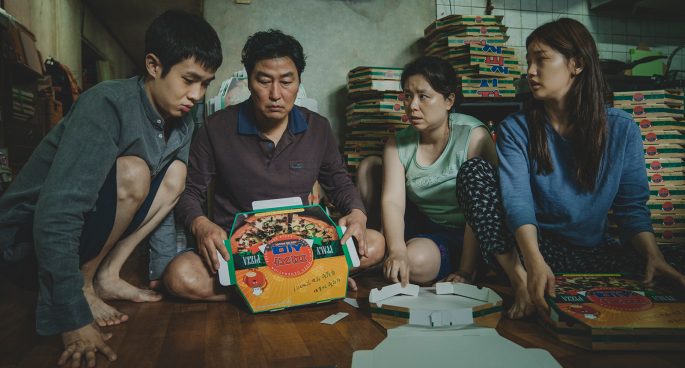 The new Korean film Parasite, winner of the Palm d’Or last month at the Cannes Film Festival,  is a comedy/thriller built around wealth inequality.

It begins with a poor family creating false identities to find employment serving a rich family, before moving in dark and unpredictable directions.

Ahead of the Australian premiere tonight at the Sydney Film Festival, Chris Evans from 2SER’s Film Fight Club interviewed Parasite’s director Bong Joon-Ho, who spoke through an interpreter.

Parasite screens tonight and tomorrow at the Sydney Film Festival.