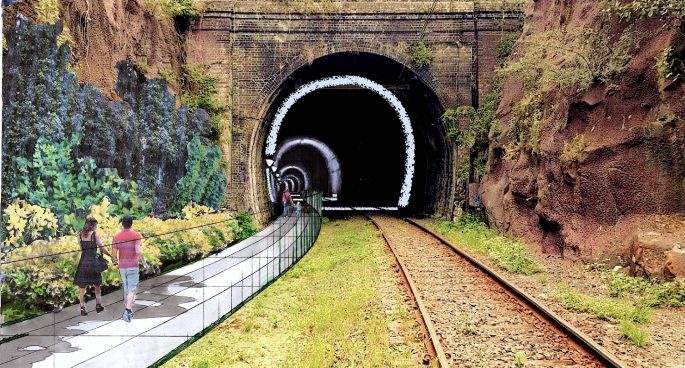 You’ve heard about the famous Highline walk in Manhattan. Did you know that Sydney Harbour might get it’s very own?

Since 2016 a group of Lavender Bay residents on Sydney’s North Shore have been campaigning for a disused railway line between Lavender Bay and Waverton to be transformed into a green pedestrian corridor so that Sydneysiders and tourists alike can experience some of the best harbour views in the city at the leisure.

The proposed three kilometer long route will pass by many significant and historical locations such as Luna Park and Wendy’s Garden, as well as many more obscure gems. The highline has the potential to become an iconic landmark – the only thing stopping it from happening is money.

Tess spoke to Ian Mutton, chairman of the Sydney Harbour Highline group about the proposed project, the history of the project and the battle for funding.