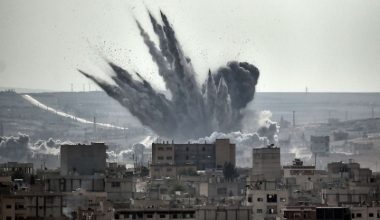 Since conflict erupted in 2011, the war in Syria has left 11% of its population injured or killed, with 55,000 reportedly killed in just 2015. The Syrian army backed by Russia has recently made key gains, including Aleppo, which the UN fears could cut off thousands from humanitarian aid.

While peace negotiations in the past have failed, a third round is underway. Many doubt they will be successful in the midst of the war. Now Saudi Arabia has announced plans to increase its involvement in the conflict. They intend to send in ground troops, a move that has received strong warnings from Russia.

Dr Anthony Billingsley from the University of New South Wales joined presenter Sam Baran to talk about the situation.