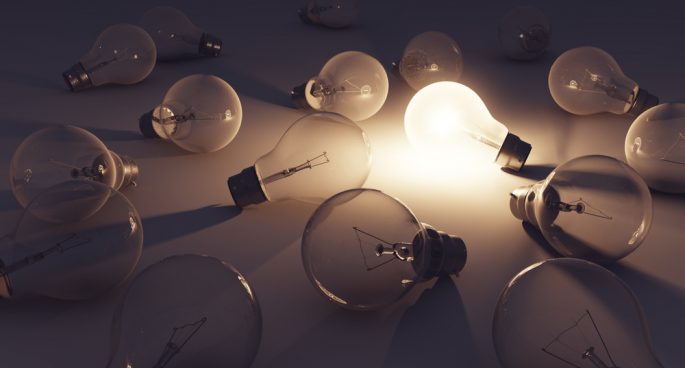 Energy poverty is a complex socioeconomic issue. Many people are experiencing the health, social, and economic disadvantages of living in energy inefficient homes. In this episode, we discuss minimum energy efficiency standards for renters and access to renewable energy.

Riley Brooke, renter, policy and campaigns officer at the Tenants’ Union of NSW.

Deciding whether to pay your rent or your electricity bill is an unfamiliar ultimatum a lot of people don’t have to face. If the weather is at extreme temperatures on either end of the thermometer many households have artificial heating or cooling systems to compensate. However, this is not a luxury everyone can afford with many people toughing out all the socioeconomic disadvantages that come with living in energy inefficient homes. Energy poverty is an increasingly complex problem in Australia, especially in the wake of climate emergencies and living expenses associated with lockdowns.

There are a rising amount of Australians who are struggling to make ends meet let alone afford to retrofit their homes to be energy-efficient. In this episode of Think: Sustainability, 2SER, producer and presenter Marlene Even is joined by Riley Brooke, renter, policy and campaigns officer at the Tenants’ Union of NSW, Caroline Valente, PhD candidate, School of the Built Environment, University of Technology Sydney, Aliya Uteuova, visual reporter covering environmental justice for The Guardian US and Bryan Tran, community organiser at the Sydney Alliance. Together, they spark a conversation to see if everyone is included in a future transition to affordable and renewable energy.

Riley Brooke is just one resident who is suffering the disadvantages of living in an energy inefficient home.

They represent the NSW Tenants’ Union and believe there are fewer rights for renters than there are for homeowners when it comes to controlling the changes to their energy bills and home and argues that NSW gives little grounds for eviction in our tenancy law.

“I’m sure you’ve heard of friends, family, if not yourself, worried about hassling for repairs, which you’re allowed to ask for by law and landlords are required to provide to you,” Riley Brooke explains.

“People are worried about making those requests because the landlord could simply turn around and evict you.”

The effects of energy poverty are only becoming more severe during the pandemic. Caroline Valente explains that lockdowns are forcing people to stay at home and consume more energy.

Through analysing the energy bills of pensioners, she found that lockdown caused their energy consumption rates to jump 15 to 50 per cent higher than in 2019.

Studies indicate that over a quarter of Australian households experience energy poverty and that certain demographics are suffering the most.

“Some studies in Australia are unanimous in indicating that low-income families, people reliant on government benefits for their income, people with some sort of impairment or disability, older households, single parents and low-income private renters are particularly vulnerable to energy poverty,” she said.

Staying at home has also made these groups more vulnerable to extreme weather conditions. With the climate changing and more extreme weather events occurring the need for artificial cooling and heating is on the rise. But even acquiring these utilities can potentially cause more hardship than they prevent.

“Extreme weather events such as floods, and bushfires affect the energy transmission and distribution networks. We might have to deal with power interruptions and blackouts, and then high electricity tariffs might be put in place because there is less energy available for customers in the energy grid,” Mrs Valente said.

“This can aggravate energy poverty for those who are very sensitive to changes in energy prices.”

Experts have suggested planting more trees in cities can be crucial towards beating the heat. Researchers at Western Sydney University saw that the higher rate of trees in Galloway Street in North Paramatta made it 8 degrees cooler than its neighbouring Daking Street. But the fight for canopy distribution can be systematically difficult, even on a global scale.

Aliya Uteuova describes that in US cities like Houston the divide for trees is disproportionate in lower-income and majority non-white working-class neighbourhoods causing an urban heat island effect. This all stemmed in the 1930s when banks classified the neighbourhoods where black people lived as undesirable, outlining them in red on maps, making it harder for families to receive loans.

“Although outlawed in 1968, the impact of redlining is still felt today in policy and access to health care, transportation, as well as where trees get to be planted and parks built.”

“A 2020 study by the Portland State University and the Science Museum of Virginia found that nationally, previously redlined neighbourhoods are approximately 2.6 Celsius warmer today than non-red line areas.”

Although the states have energy poverty issues of their own, Australia still falls behind globally with our minimum energy efficiency requirements, which haven’t changed in 10 years.

“We [Australia] also have an energy star rating for our homes. It goes from zero to 10 stars, and currently, the minimum requirement for new homes and major renovations in Australia is six stars, which is good but not outstanding,” Mrs Valente said.

The Green Building Council of Australia announced a proposal to increase the energy efficiency benchmark to an equivalent of seven or seven and a half stars by next year. Riley Brooke would also like to see the NSW government introduce performance-based energy efficiency standards in these plans.

“You have a star rating on your appliances like your fridge. A similar thing for rental properties could be used. If they don’t meet a certain number of stars, those properties are not allowed to be rented out,” they said.

A campaign to make homes more energy efficient is nothing without a solution. However, when the solution is as costly as improving the energy efficiency of the heating or cooling appliances and installing renewable energy systems it can be near impossible to do without government subsidies.

At least 35 per cent of Australians can’t afford the upfront cost of installing solar panels. Bryan Tran and other leaders at Voices for Power, [An organisation dedicated to having migrant voices heard by decision-makers] noticed this and created an innovative alternative to gain clean and affordable energy. This includes creating a community-owned solar garden.

“Blacktown [City] Council identifies a plot of land that’s available for use. And then they go ahead and set up a farm of a large grid of solar panels. And each grid can be subleased to people in apartments or people in social housing.”

“It opens doors to everyone accessing solar while reducing the initial setup costs.”