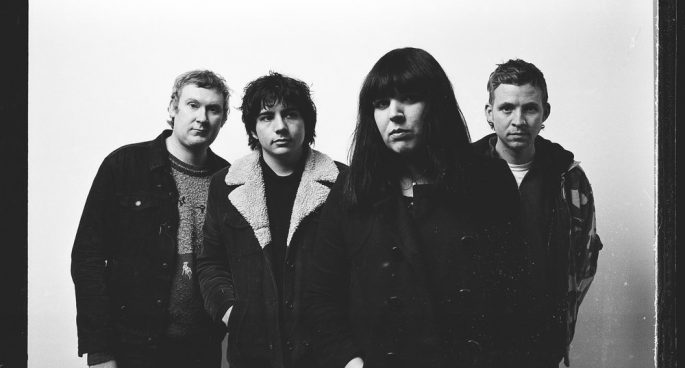 Through the 1980s, a succession of Australian indie bands made pristine guitar pop with coordinates spanning the US college music scene that spawned R.E.M and the DBs as well as a classic 60s sound where ringing melody and harmony reigned along with the particular streak of psychedelia. What was often called ‘The Paisley Underground’ found root here with bands like The Stems and most notably The Church, but one of the best of the bunch was Ups and Downs. Singer-songwriter Greg Atkinson possessed a heroically yearning voice while his brother Darren’s distinct drum patterns gave them an angular edge tat took the sound to new places. Touted for much bigger things, signed by a major and eventually working with then in-demand producer for the Pixies, Gil Norton, they sadly didn’t catapult into another stratosphere outside their strong and devoted following and disbanded. The Atkinson brothers went on to form the gnarlier Big Heavy Stuff and more recently Worker Bees. It was when they realised during the recording of a mooted second Worker Bees album that they were in fact making another Ups and Downs record in disguise and lo and behold, they got the old band back together. Perhaps not as earnest as their first incarnation – indicated by the amount of puns on an album called This Sky’s In Love With You – their crystalline, heart-on-sleeve songs tug at you bittersweetly with hope and a rather singular pulse.

Cut from the kind of cloth Ups and Downs members may have been wearing during their ‘80s pop pursuits are Melbourne’s RVG. Out of all the current crop of outfits revising and rejuvenating the dominant indie sound of the time, RVG seem to have arrived fully formed with their debut, A Quality of Mercy. Distilling then transcending their influences seamlessly, their songs are beautifully shimmering and polished and might just prove that it’s not only Morrissey that’s not over his Morrissey phase. Their post-punk lean betrays more British inspirations in The Cure and Joy Division but you can really locate RVG’s literate sensibility in our own Go Betweens and for that reason you suspect they’re on the path to their own kind of Australian-made greatness.

On their second album Low Down Jimmy, Sydney’s Dusty Ravens continue to mine a host of mythical characters living on the edge of life. With a Mariaichi-infused sound that may have made No Country For Old Men feel more like an adorable romp, there’s a true larrikin spirit at play, no matter how many black crows get dropped into the lyric sheet. This is the way to do bordertown-style Americana from a far, far away place.

Also, the reignited Clouds are back with a new song, we’ve got another newie from the Havana Meets Kingston project, Sampa the Great, Tetahedra, Braille Face, Space Invadas, tUnE-yArDs and Sunscreen.