The Body in the Library – Screen Special 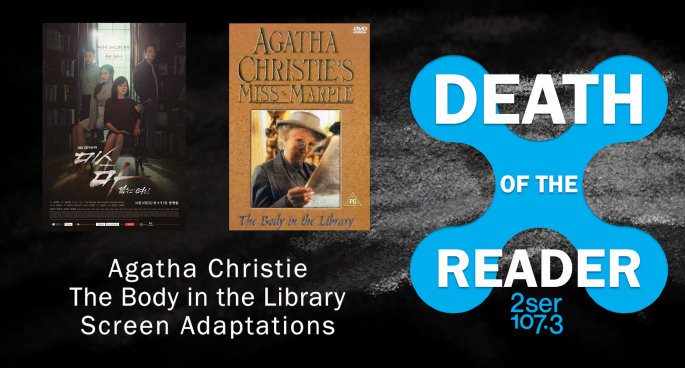 We’ve simply not had enough of Miss Jane Marple, and so it was that we decided to watch all manner of adaptations of ‘The Body in the Library’ before continuing on the world tour. Featuring the chaotic South Korean ‘Ms. Ma: Nemesis’, and the staple BBC ‘Agatha Christie’s Miss Marple’, we also challenged you to bring your favourite to the table.
Ms. Ma: Nemesis, also known as ‘God of Revenge’, stars Yunjin Kim of LOST fame, and brings Marple to the modern day. It features convoluted overarching drama, tenuous links to the original novels, and some thrillingly bizarre performances from the supporting cast. Perhaps not one to dive in to part way, it’s a competent but questionable reinterpretation of a truly classic character.
Agatha Christie’s Miss Marple, on the other hand, provides a more faithful adaptation of the story, occasionally to the show’s detriment as they juggle the contradictions of a protagonist who knows the answers but hasn’t yet spoken, taking it in a curious direction, and showing up their South Korean counterparts on how to do ludicrously blunt sound design.

Let us know about your favourite when we go LIVE, Thursday 21st of July at 7:30PM AEST for Death of the Reader: UNDEAD

The Body in the Library – Screen Special