The Caves of Steel by Isaac Asimov Extended Cut 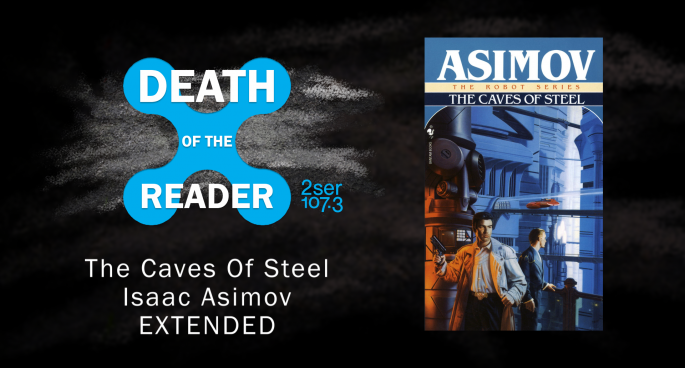 Our full, extended discussion of The Caves of Steel by Isaac Asimov. After an acclaimed Roboticist in the nearby city of Spacetown is murdered, New York City’s Police Commissioner offers one of his detectives to help solve the case. As complication and conspiracy unfurl before our investigators, they are forced to put their differences aside to solve the case before being taken out of the picture themselves. Did acclaimed Science Fiction writer Isaac Asimov manage to prove that Sci-Fi and Detective Fiction were compatible? A story in response to a claim by Asimov’s publishers that it was impossible, The Caves of Steel strikes an incredible balance of themes and games as it takes you through the tunnels of New York City, 3000 years into the future. Detectives Lije Bailey and R. Daneel Olivaw break down the conventional role of Sherlock and Watson and draw closer to the buddy-cop stories we know now.

We spoke with acclaimed Australian Crime Writers Sulari Gentill and Sarah Bailey, who were both in town for Sydney’s annual Crime Writer’s Festival, BAD Festival. Each with unique backgrounds in fields you might not expect, we spoke about the panels they did at this year’s festival, as well as how their influences manifest in their writing. We were also joined by Peter Xing from Transhumanism Australia, who spoke to us about how our future reflects the predictions of Science Fiction writers of old, and how our technological understandings will fare as we move into the future.

For this episode, Herds was blind and Flex was the veteran. Did Herds finally manage to steal a point and equal one-timer Sean Britten?

The Caves of Steel by Isaac Asimov Extended Cut